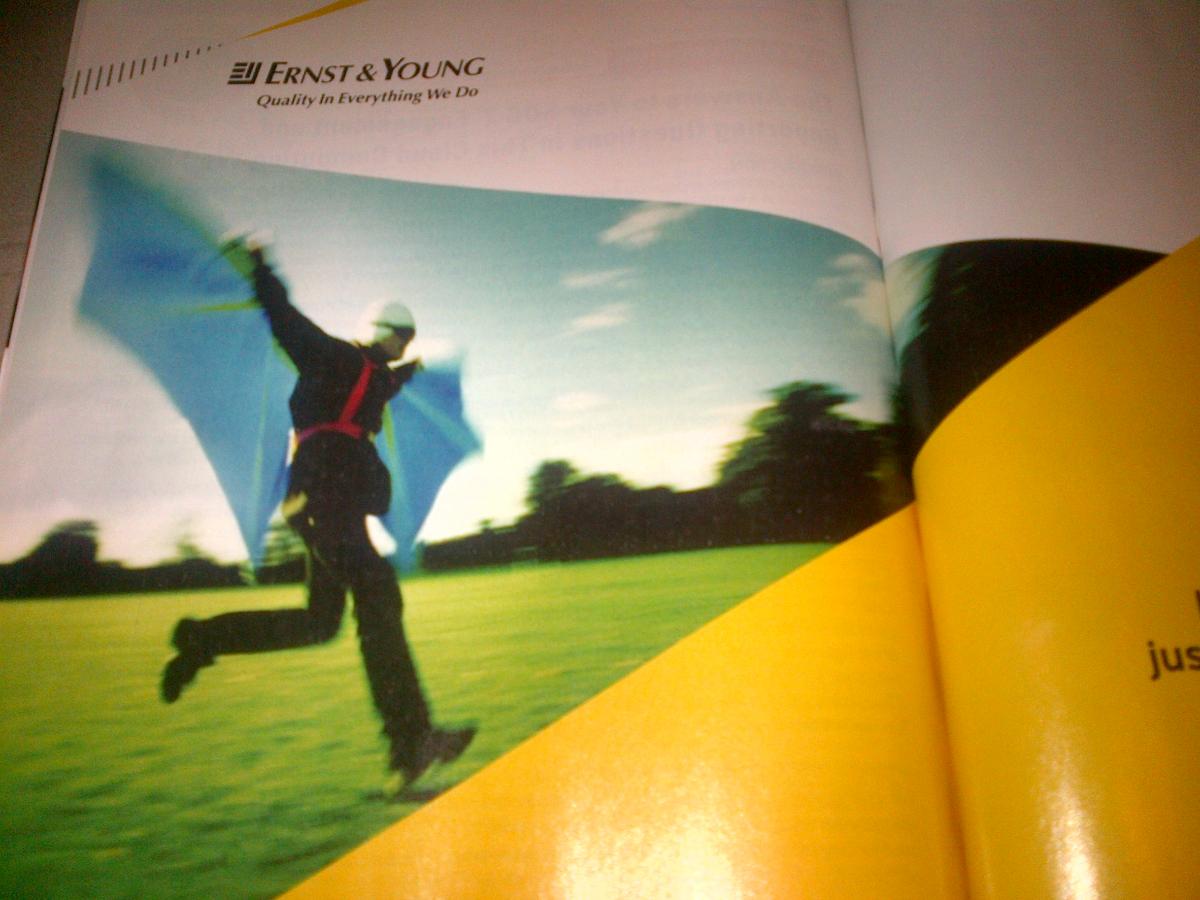 Being a CPA can turn you psycho. Health.com lists accounting as one of 10 careers with high rates of depression. I can vouch for the mental health risks of our profession. I went crazy during my first busy season; doctor said I had anxiety. I'd never been diagnosed with anxiety before, so that totally stressed me out. He gave me a prescription for Klonopin. Don't know if it made me any less anxious, but it did make me really sleepy. In case you're curious, being both overworked and chemically drowsy during busy season is a very effective way to manifest any remaining dormant anxiety in a rookie accountant. Way to go, Dr. Feelgood.

A recent Wall Street Journal article discussing mental health issues in the workplace, unsurprisingly begins with a story of a partner at Deloitte:

John Binns, a partner in the consulting practice at U.K.-based Deloitte LLP, assumed his career "would be finished" after he took a two-month leave in 2007 to treat a severe bout of depression.

As long as he schedules his crippling depression around busy season, you'd think Deloitte could work with him. On the other hand, if this is not depression but rather Busy Seasonal Affective Disorder ("BSAD"), then his crazy train might just be going off the partner track.
Mental health stats in general are a bit daunting:

More than one in four American adults has a diagnosable mental-health disorder, and one in 17 has a serious disorder such as schizophrenia or bipolar disorder.

Twenty-five percent of the population has a mental health disorder. Although it's statistically improbable, all of the accounting profession's mental illness could be concentrated in a single Big 4 firm. Even though a recent recruiting campaign implies that everyone at EY is batshit crazy, most likely people with mental illness are spread evenly across all firms.
The intent of the WSJ article was to help professionals with mental health issues manage their careers in light of their condition. The advice was anything but enlightening.

[The] director of media relations for the National Alliance on Mental Illness, recommends against disclosing a mental-health issue to a manager, if possible, and certainly not in a job interview.

So in case there was any doubt, here's what not to do:
Interviewer: What would you say is your biggest weakness?
Interviewee: There are so many that come to mind, it's hard to function, let alone rank them. So I guess crippling depression is probably my biggest weakness. I'll show myself out.

Details about a serious mental illness are fair game when researching a job candidate, says Dr. Patricia Cook, chairman and CEO of Cook & Co., a Bronxville, N.Y., executive search firm. […] Dr. Cook once considered a candidate for an executive-level position whose prior supervisor alerted her to a diagnosis of schizophrenia. The candidate was eliminated from the shortlist; she says she provided an "ego-acceptable excuse" without disclosing specifically that it was because of his mental illness.

Did you catch that, HR department? Let 'em down with an ego-acceptable excuse. Don't tell a rejected crazy person, "We didn't hire you because you shit yourself during the interview." Rather give him an ego-acceptable excuse like, "You're far too good looking to work here," and if he's truly crazy, he'll believe it.
But there's always a silver lining around the cloud of psychosis:

Symptoms of some disorders may be helpful in the office. A person with obsessive-compulsive disorder, for example, could be seen as a perfectionist with a few quirks.

And an intern with ADHD, a six pack of Red Bull, and a couple scanners can make your office paperless in less than 48 hours.

Big 4 firms spit out all kinds of research — very little of which rates a mention beyond maybe somewhere in a linkwrap if that — but this research from KPMG we’re about to share with you (which we did bury in a linkwrap some weeks back) deserves a callout of its own. Not because […]