Please ensure Javascript is enabled for purposes of website accessibility
Latest
Turns Out Cohen & Company Auditors Are Human After All CliftonLarsonAllen Just Gained 200 People Advice on How to Get Hired at EY From the Vice Chair of Talent The Most-Fined Big 4 Firm in the UK is Raising Audit Fees, Knows Clients Will Complain About It Your Naughty IRS Employee of the Day 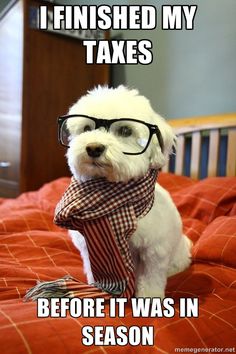 Five years ago, hipster accountants were all over the cloud. We were working on clients’ books from coffee shops and Xero was this sketchy startup from New Zealand that no one had heard of. There were meetups and secret forums filled with the cloud elitists and, almost everyone in the scene had beards (except me, I’m still waiting for puberty).

2011 was the golden era for the underground scene of cloud accountants. We were vanguards, touting the latest gadgets, tweeting, and wearing ironic t-shirts. All the while sniggering at accountants who didn’t get it.

But then something changed…2011 cloud accounting was a culture, now it's a business.1

Five years later, the accounting tech conferences are filled with old dudes in suits asking facepalm-inducing questions about security and backups. Software developers are building features to appeal to the masses instead of building cool shit that’s never been done before.

The grassroots community enablers have been replaced by smooth salesmen.

It has left people like me and Jason Blumer feeling lost and empty. Honestly, I am thinking about bringing the suit and tie back, as the hordes of early majority start donning ironic t-shirts.

As Greg Kyte said, we’re sick of talking about it, and you guys are sick of hearing about it. Question is, what do we talk about now?

1 This is a reference to Australian hip hop group Hilltop Hoods’ classic 1979. How's that for obscure?