Latest
Friday Footnotes: A World Without Accountants; GAO Finds a Big Mistake; ‘Fazbie’ | 8.5.22 Spreadsheets Suck, Say Clients What Would You Like to See Tested on the CPA Exam? Compensation Watch ’22: Did the Purple Rose Reek of Bad Raises at Grant Thornton? Let’s Take a Quick Tour of EY’s Metaverse Space (It Doesn’t Suck)

The PCAOB released the 2017 inspection report for BDO USA at the end of June, and while the firm should still hang its collective heads in shame for there being deficiencies found in nine of the 23 audits inspected in 2016, for a 39% failure rate, there are a few positive things that Bravo Delta Oscar can hang its hat on:

So, what did we learn from BDO’s latest inspection report? First, there’s this:

Two of the deficiencies described in Part I.A of this report relate to auditing an aspect of an issuer’s financial statements that the issuer restated after the primary inspection procedures. In two of the audits described below, after the primary inspection procedures, the Firm revised its opinions on the effectiveness of the issuer’s ICFR to express adverse opinions.

Second, the most errors were found in the ol’ “deficiencies related to both the financial statement audit and the ICFR audit” column:

Next, BDO auditors seemed to struggle mightily with testing the design and/or operating effectiveness of controls selected for testing:

And Issuer B’s audit was a total clusterfuck when it came to AS 2201, An Audit of Internal Control Over Financial Reporting That Is Integrated with An Audit of Financial Statements: 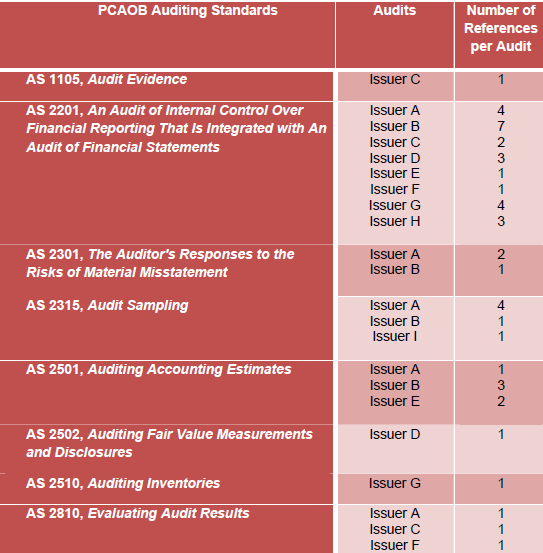 The problems BDO had with Issuer B’s audit spans four pages, so here’s a sampling of how this audit didn’t go according to plan: 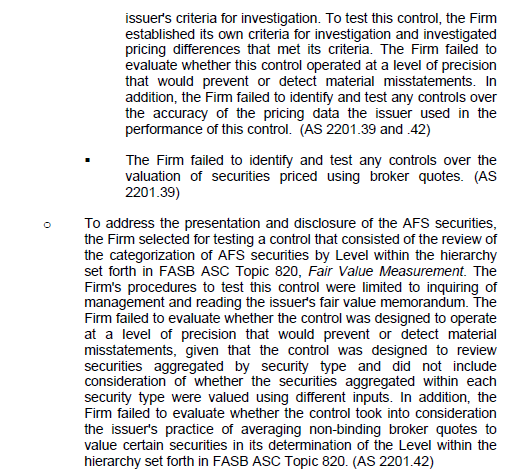 BDO’s response to the inspection report findings mimicked the responses that every other firm gives: “We remain committed in making audit quality our top priority.”

But BDO has to step up its auditing game even more now that CEO Wayne Berson will be taking over as vice chair of the Center for Audit Quality on Oct. 1. I’m sure the firm’s auditors don’t want to make Wayne-o look bad.

What Would You Like to See Tested on the CPA Exam?