The Institute of Management Accountants salary survey came out yesterday, and you should check it out if you're into that sort of thing. Quickly while we're on the topic of salary, consider this your friendly reminder that the Going Concern Compensation Survey is still open and it would be great if you can take a second to fill it out.

Back to the IMA! It appears the news isn't all that great, with the IMA writing:

In last year’s survey, we wondered if “the winds of change have completely shifted toward a positive direction or whether the future will continue to feel like rough seas.” We now have our answer: Batten down the hatches before wading into the 2013 details, but keep an eye open for the occasional ray of sunlight.

Yeesh, how bad could this be?

Now, let's talk about guys and dolls. The discrepancy in compensation between men and women is actually the entire reason this survey got started in 1989, and continues to be a pretty big issue as the years go by. Here's how 2013 shakes out. 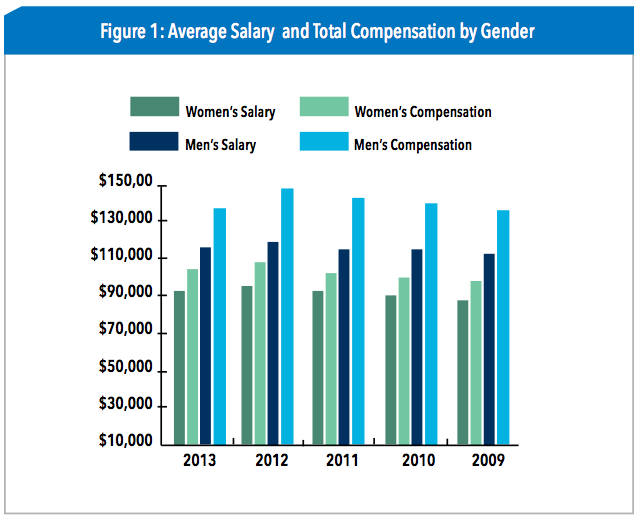 That means a salary gap of 78.9% and a total compensation gap of 75.8%. In simpler terms, women make nearly 79 cents for every dollar made by a male survey respondent.

Here's where things get really obvious, in salary ranges. 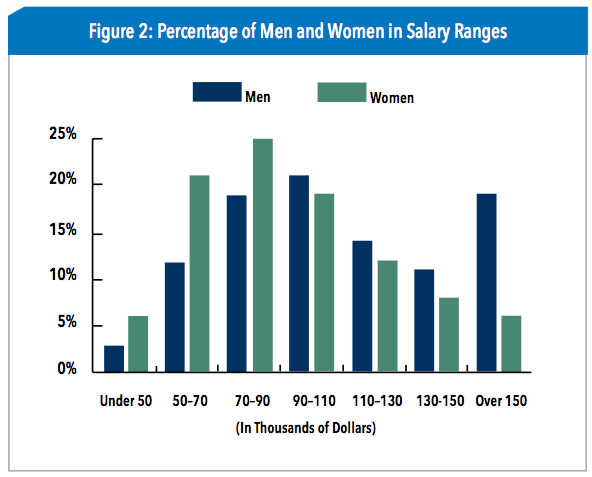 Further broken down, the report states that "historically, the salary gap is smallest in the younger age categories and widens with each older range."

The entire report is worth a read if you're considering making a jump or wondering if extra letters after your name are really worth it. According to the IMA, they're worth it to the tune of $10,000 in additional compensation per certification compared to individuals without certification.

This bit may also be relevant to your interests:

Read the rest here and enjoy!

CBS News crunched some Payscale data and by some miracle, accounting ranked #52 on this list of the 60 highest-paying majors. Because we anticipate people might ask for proof of this, we have screenshotted accounting’s entry on said list. Text: Accounting isn’t just accounting anymore. Experts must perform multiple functions at once — and that’s […]

I made my entrée into accounting way back in 2007, at the time my job involved a three-hour roundtrip journey across four Bay Area counties and back and I was looking for something a bit closer to home. Shortly after starting in CPA review, I started seeing more and more “For Sale” signs on the […]