Please ensure Javascript is enabled for purposes of website accessibility
Latest
Let’s Talk About Why ‘Musculoskeletal Issues’ Are on the Rise at This Accounting Firm Unable to Bill For It (Yet), PwC Australia Tells Staff They Can’t Use ChatGPT For Client Work Monday Morning Accounting News Brief: Auditor Demand; EYer Not Coming in on Monday; Reentering the Workforce | 2.6.23 Friday Footnotes: Know Your Value; Retired EY Partners Complain; ‘Rest For Success’ | 2.3.23 If You Let 23-Year-Olds Sign Off on Audits, You’re Gonna Have a Bad Time 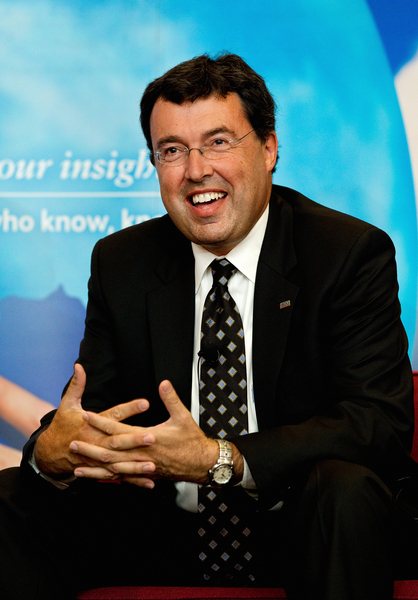 If Bravo Delta Oscar's announcement of its 2013 fiscal year revenues are any indication, we're going to see big revenue numbers from accounting firms this year:

BDO USA, LLP, one of the nation's leading professional service organizations, today announced revenue for the fiscal year ended June 30, 2013 was $683 million, a 10.5 percent increase from last year's revenue of $618 million. The firm achieved strong growth in its tax (+15.8%) and assurance (+11.4%) business lines, while consulting (-8.1%) was down from 2012.
The firm's assurance business line represents 60 percent of BDO USA's business. BDO's tax and consulting lines represent 30 percent and 8 percent of revenues respectively. Other services account for the remaining 2 percent.
“In fiscal 2013, BDO USA continued to experience strong demand for services in our core assurance and tax business lines as large public and private entities continue to be attracted to our industry focused approach,” said Wayne Berson, CEO OF BDO USA. “Consulting revenues were down due to softer M&A and restructuring markets, in addition to the completion of several large consulting engagements that contributed to major revenue growth in 2012. Moving forward, the practice is positioned for strong growth in the coming year.”

Double-digit assurance growth? Who knew that was even possible in this day and age?
Accounting Today also reports that if BDO, who has been on a shopping spree since WB took over, were to include the revenues of the firms it has acquired in FY '13, things would look even better:

[The] figures do not include full FY 2013 revenue from several acquisitions the firm has made recently, including last November’s addition of Top 100 Firm Argy, Wiltse & Robinson and Philadelphia firm Asher & Co., and the addition earlier this month of Mikunda Cottrell & Co., Moquist Thorvilson Kaufmann and banking assets from ParenteBeard. With those included, BDO’s revenue would be $750 million, with growth of 21.3 percent.

In revenue per partner numbers, the $683 million would work out to about $2.558 million per partner. That's based on 267 partners per AT's 2013 Top 100 ranking. Using the same method, the $618 million and 260 partners in AT's 2012 ranking works out to $2.376 million, so a decent improvement. Yes, it's a limited metric, we realize, but that's what we got.
Reactions? Beefs? Insights? Leave them below.
BDO USA, LLP Announces Strong Revenue Growth for Fiscal 2013 [BDO]
BDO Reports Double-Digit Growth [AT]

Fat Joe’s favorite audit firm once again had a spectacularly horrible PCAOB inspection report. In the 2021 inspection of BDO USA, LLP, the PCAOB assessed the firm’s compliance with laws, rules, and professional standards applicable to the audits of public companies. We selected for review 30 audits of issuers with fiscal years generally ending in […]

The results are in at BDO, and the fifth largest accounting firm in the world brought in $12.8 billion in revenue during its 2022 financial year, which ended on Sept. 30—an 8.5% increase over last year’s revenue of $11.8 billion. The new guy in charge of BDO globally, Pat Kramer, said, “In the change-dominated world […]