Among the batch of 2019 PCAOB inspection reports that we’ve written about over the past couple of weeks, BDO’s performance was the worst, failing 42% of its audits inspected. But Crowe and Marcum both out-badded BDO, each having a failure rate of 50%.

In its 2018 inspection report, Crowe nailed 13 of the 14 audits reviewed by the PCAOB during the 2017 inspection cycle, for a deficiency rate of only 7%. But there was some big-time regression as shown in the firm’s 2019 report card: 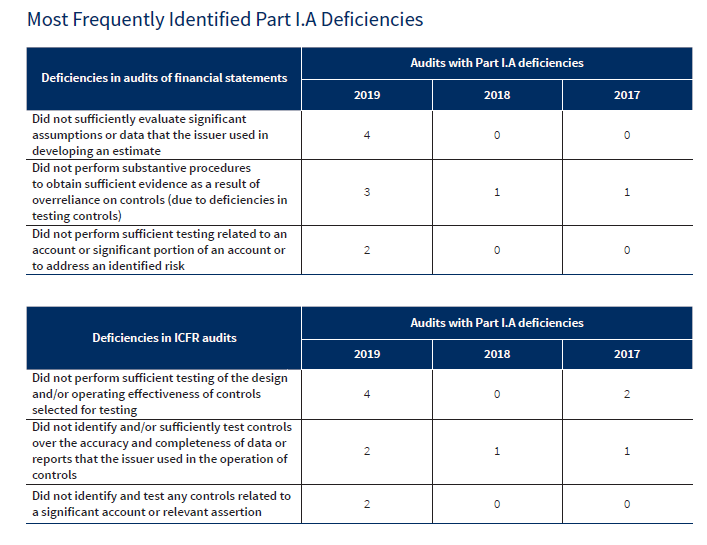 Four of the audits with mistakes were for issuers in the financials sector, while two were in sectors unidentified by the PCAOB and one was in industrials.

In a response to the PCAOB’s findings, Crowe said it’ll do better next time:

We have carefully considered the matters identified in Part I.A and I.B of the Report and have taken actions to address the matters in accordance with PCAOB standards and our policies. These actions include performing additional procedures when appropriate and including additional documentation in our files to more completely describe and support our procedures and conclusions.

Crowe LLP is committed to performing high quality audits, and we have designed our quality control and monitoring systems to drive continuous improvement.

You can scroll through Crowe’s report here:

After two PCAOB inspection reports in a row with deficiency rates at 30%, the 2018 inspection cycle was a real humdinger for auditors in the House of Weiner: 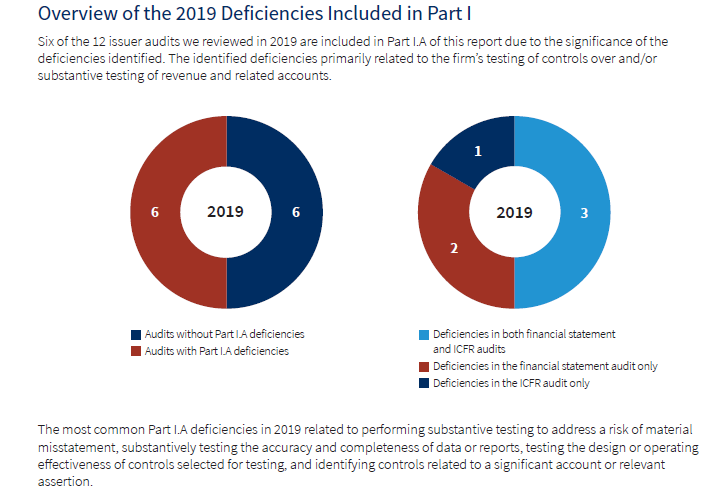 And as you can see in the most common deficiencies description under the pie charts and in this chart below, Marcum auditors wanted nothing to do with testing controls, accuracy of data, or to identify risk, among other things: 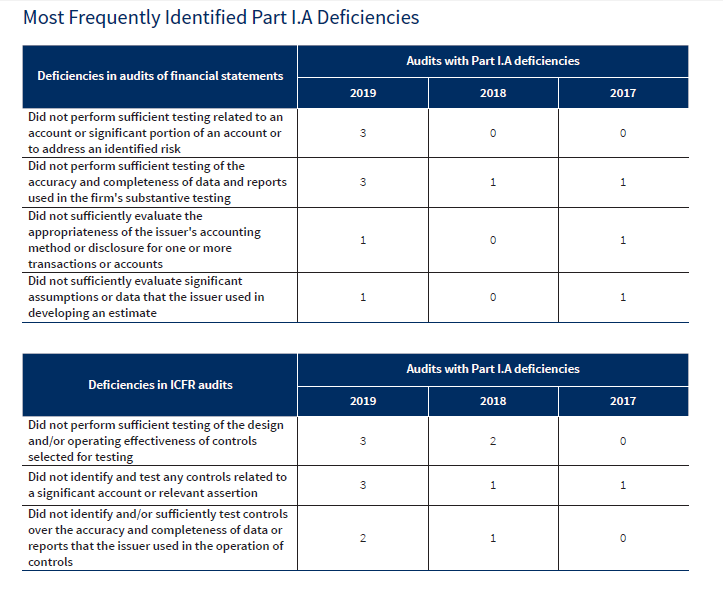 Have you heard? There’s an accountant shortage! This is probably coming as a shock to you but it’s true. Firms are trying all sorts of tricks to find and retain talent but the problem may be deeper than not having the right set of perks but rather an actual shortage of qualified talent. This issue […]