Ed. note: The following was written exclusively for Going Concern by a Big 4 auditor who wished to remain anonymous.

The PCAOB is turning into our parents. Or at least they are using the same tactics in handing out punishment. “We know you were up to no good last night, so if you just tell us what you did we’ll take that into consideration when deciding how long to ground you.” 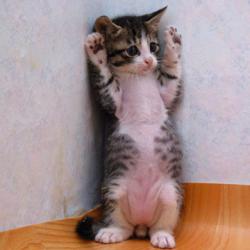 Ed. note: The following was written exclusively for Going Concern by a Big 4 auditor who wished to remain anonymous.

The PCAOB is turning into our parents. Or at least they are using the same tactics in handing out punishment. “We know you were up to no good last night, so if you just tell us what you did we’ll take that into consideration when deciding how long to ground you.”

I can understand where they are coming from. They want to make their jobs easier and they want to form a more cordial relationship with audit firms by cutting them some slack when the firms volunteer issues or resolutions. The problem is the PCAOB is a bit like Lucy holding the football — we want to kick it but we’re afraid we’re going to end up like Charlie Brown on our backs.

The best chance the PCAOB has of making this work is with the “voluntary and timely remedial or corrective actions.” At that point the PCAOB has already decided you’ve done something wrong so you might as well be cooperative when it comes to fixing the problems. However there are several problems with the voluntary reporting piece that I don’t see partners being able (or wanting) to overcome in the near term.
The first is that engagement teams, partners and firms themselves don’t always agree with the PCAOB on what the issues are (act surprised). I had a job reviewed by the PCAOB in middle of the financial crisis. By all accounts everyone in the room was an intelligent person but none of us could agree on what issue they had with some of our fair value testing.
Most of us in the profession still aren’t on the same page as the PCAOB when it comes to what does or does not constitute proper auditing of financial instruments. In addition, the PCAOB rarely tells you what’s right, only what’s wrong (like porn, they know it when they see it). This results in an interesting situation. It’s likely that if we do self-report we’re not going to bring up the issues they expect. This means we will bring to their attention something that might not have been on their radar. Doesn’t seem to be a good play. This isn’t to say we won’t admit when we’re wrong or offer to clean up the mess (see above) but it’s hard to lead the way in admitting what’s wrong when you don’t know what “wrong” is.
A corollary to the above is that in a review the perception is that everything is negotiable. Every issue that the PCAOB finds turns into hours of review, meetings, document digging, expert gathering, whatever it takes to talk your way out of the issue. Most of us would rather take our chances with that process than lay it all out and beg forgiveness. Forget pleading guilty, we want the jury trial.
There is also the question of “timeliness” when it comes to self-reporting. I’m not sure there would be many folks willing to report a potential violation unless they already knew they were picked for PCAOB review that year. Given that these reviews generally happen soon after the audit finishes, I’m not sure how much a team would be willing to discuss anything earlier. You're in a position of saying, “Yeah, we just did the audit but here’s what we screwed up.”
Overshadowing everything is that the stakes are simply too high. This “extraordinary cooperation” “may” influence the PCAOB depending on facts and circumstances. I’m not  the first auditor to say that I don’t exactly trust the PCAOB. I wouldn’t want to be the first team to test these waters. They aren’t looking for us to report the little things that went wrong in an audit; they want the big ticket items. You won't be sent to bed without dinner if you bring up an issue that could potentially lead to an audit failure. The PCAOB seems to like making examples out of firms when they screw up and I’m not sure firms playing nice in the sandbox will change that.
It may be that I’m too cynical. PCAOB reviews come after an already exhausting busy season and lump on additional hours of prep and meetings on top of our other client responsibilities. It’s hard to look at them in a favorable light after having gone through a review. I also know I’m not the only one that feels that way in the firms. I’m sure folks higher up the food chain may feel a little different since it’s their jobs to make nice with our regulators. I just know those of us in the trenches aren’t going to be too willing to stick our necks out until we know the real consequences of “voluntary reporting."
We’re told to exercise professional skepticism; I think we are when it comes to leniency of the PCAOB.