Please ensure Javascript is enabled for purposes of website accessibility
Latest
The Largest Accounting Firms in Portland, Ranked by Number of CPAs Working There EY OMPs in Philadelphia and Kansas City Have a Food Wager on Super Bowl LVII Accounting Firms Have Begun to See Mexico As a Goldmine for Accounting and Finance Talent, Says Guy A Going Concern Special Investigative Report: Why Does NASBA’s CPA Merch Suck So Bad? Let’s Talk About Why ‘Musculoskeletal Issues’ Are on the Rise at This Accounting Firm 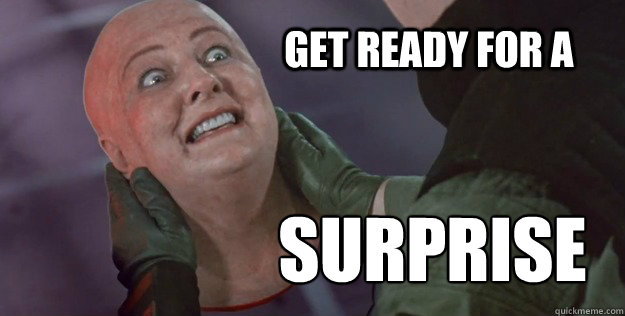 Which is why I can hardly believe FASB member Marc Siegel's statement in Gretchen Morgenson's column:

Marc Siegel, a FASB member, said the board had not expected to receive the blistering criticism from investors that it did on the proposal.

“We were surprised by the feedback,” Mr. Siegel said in an interview conducted in late 2015. “When it generated a lot of controversy, we committed to slow down, take in this feedback and do a round table on it, probably sometime in the second quarter of next year.”

You know things they are finally getting serious when a round table get mentioned.

But honestly, it's a little strange that FASB didn't expect people to get bent out of shape when they proposed to change "a mainstay of corporate financial disclosure." They may as well suggested swapping debits and credits.

"Guys, don't you think credits should be on the left side? I mean, C comes before D in the alphabet. Really, this the way it should've been done in the first place."

"Fine then, let's put out for proposal."

Adding to the FASBpasticness is the feeling that this proposal came out of left field:

Some investors questioned why FASB decided to move on this issue at all. “It’s not apparent that there was a need to do this,” said Jack T. Ciesielski, publisher of The Analyst’s Accounting Observer and a critic of the FASB proposal. “I think it’s what the corporate side wants.”

In materials describing how its proposal came about, FASB suggested that it was intended to improve the effectiveness of financial statements by reducing the amount of immaterial information in them. FASB also said that with the proposal, it was “trying to promote the use of discretion” by those preparing financial statements.

In other words, the FASB members read all those Wall Street Journal articles filled with CEOs kvetching about disclosure overload.

[F]ew investors seem to agree that financial filings today contain a flood of irrelevant information. In a report, Mr. Ciesielski called disclosure overload a “paper bogeyman” and a myth.

He added in an interview, “The S.E.C. and FASB always talk about redundant disclosures, but really there are very few.”

FASB's proposal suggests that the issuers know better than investors what constitutes important information. Most investors would prefer to decide for themselves what's important. The opposing forces seem destined for a steel cage death match. Which is a lot more serious than a round table. But also more fun! Here's hoping this gets ugly.

While the PCAOB has been on a mission to scare the pants off of auditors everywhere in the past year with record fines and scary speeches, the Financial Accounting Standards Board took a much more chill approach to 2022. A Thomson Reuters piece published last week informs us that FASB ended the year having issued […]

The February gloom was broken recently by the news that the British government will be introducing reforms targeting company financial reporting and audit oversight. In truth, none of this should be a surprise. There have been several accounting scandals in recent years where the directors of various companies have been unscrupulous and their external auditors […]

The Largest Accounting Firms in Portland, Ranked by Number of CPAs Working There

Accounting Firms Have Begun to See Mexico As a Goldmine for Accounting and Finance Talent, Says Guy