We have some Big 4-on-Big 4 poaching action in America’s Hat, as EY of the Canadian variety recently nabbed a partner from PwC.

A new partner in EY’s Financial Services practice, Biswajit Das bends over backwards to provide CIO and COO advisory services for the Big 6 banks, insurance players, asset management firms, and large credit unions in Canada, according to his LinkedIn profile. Those six banks, according to some website, are:

Das took to LinkedIn to announce his big move to the Black and Yellow: 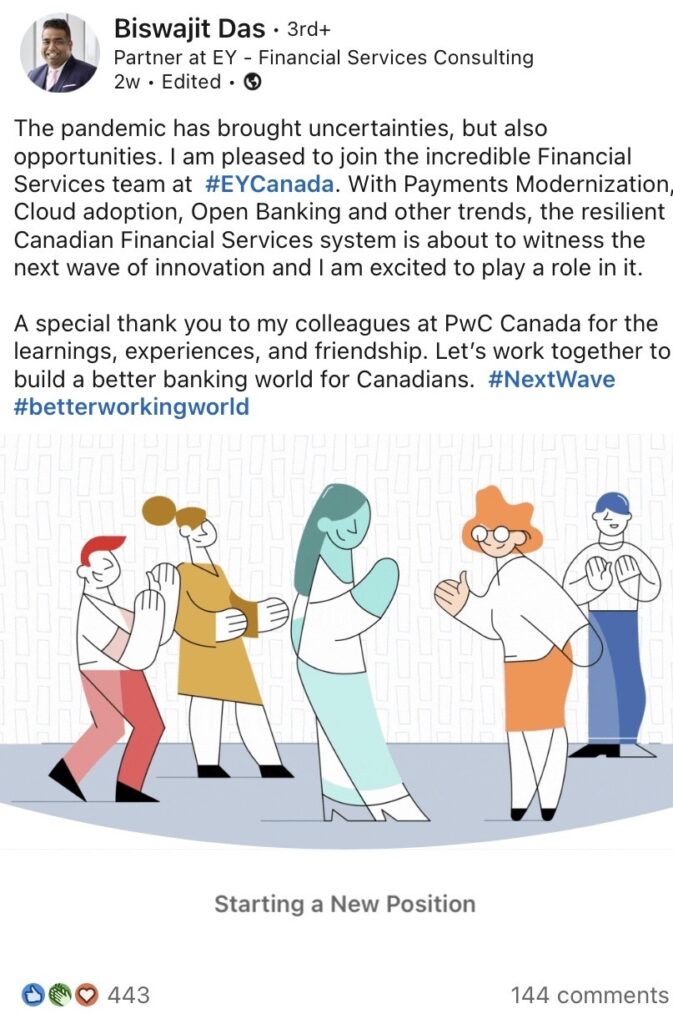 Das has now worked at three of the Big 4 in Canada. He joined Deloitte in August 2011 as a senior manager in the firm’s Technology Strategy practice and was national leader of both innovation and exponential technologies and wearables. If you ever wanted to know about wearable technology’s impact on the mining sector, Das has you covered via PowerPoint.

He left Deloitte in October 2015 to join PwC in Toronto, where he was a director in the firm’s Consulting and Deals group, focusing in financial services, before making partner in 2019.