In April of this year, EY announced the launch of its Boston Neuro-Diverse Center of Excellence, the sixth of its kind EY has opened in the United States since launching the program in the mid-2010s.

You see, it turns out that many — not all, but many — neurodivergent individuals are particularly excellent at data analytics. And unless you’ve been under a rock for the last decade, you already know that for the accounting profession, analytics are where it’s at these days. 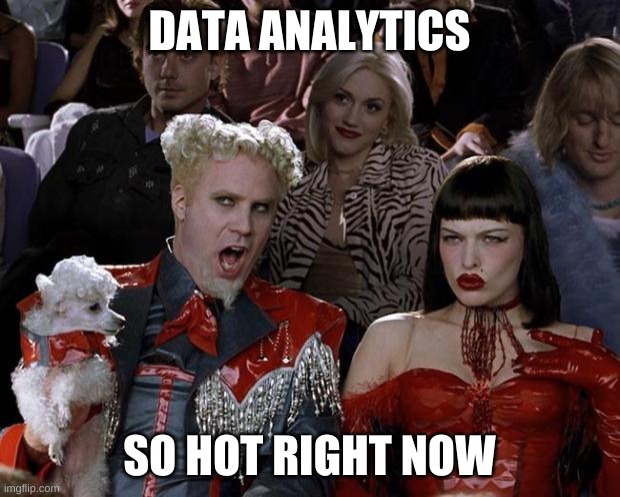 In the interest of building a better working world (no literally, they said that in the press release), EY is hoping to harness this power for the purpose of superior client service because really that’s all that matters in life. From the Boston center press release:

Neurodivergent individuals, such as those with dyslexia, Asperger syndrome or autism, make up approximately 20% of the global population and excel in data analytics and software management that supports emerging technologies, including artificial intelligence, automation, blockchain, cyber and more. These skills are a great asset to EY US clients, and with the addition of this Center, the team in Boston will be able to offer an even higher standard of service.

For now, the Boston team consists of 10 individuals with cognitive differences whom the firm feels have “tremendous” talent potential that might otherwise be stifled by traditional hiring processes and environments. Here’s an interesting read about a guy with autism in Chicago who has thrived with EY’s neurodiversity program there if you want to read more.

It seems setting its sights on this sector has been a success so far, so much so that EY is expanding the program — which has already made its way to Canada, India, Poland, and Spain — to the UK. Writes the ICAEW:

EY says the NCoE in the UK will create a supportive working environment focusing on emerging technologies, including artificial intelligence, data analytics, automation, blockchain and cyber.

Catriona Campbell, EY’s Client Technology & Innovation Officer, UK&I, who will head the UK Neuro-Diverse Centre of Excellence said the move would give the firm a creative edge.

“For instance, in the US, we measured the impact on innovation, by comparing the work quality, efficiency, and productivity, generated by neurodivergent and neurotypical professionals. Quality, efficiency and productivity were comparable, but the neurodivergent employees excelled at innovation. The diversity of thought and creativity they brought was a differentiator,” Campbell said.

So really this is what people mean when they talk about equality — although the firm is adjusting its interview process to better accommodate neurodivergent individuals who might struggle in this area, it is totally exploiting harnessing their talents to the benefit of the firm (and clients, obvs. Can’t forget the clients) just like it does for every other grunt.

Of course, we couldn’t have an article about recruiting people with autism to work in the accounting profession without a big ole dose of the math stereotype that plagues both groups. Said a neurodiversity consultant quoted in the ICAEW article:

“Because of the analytical nature of accountancy, there are real opportunities for individuals who recognise patterns and who like analysis and who find numbers predictable and like the truth of maths.”

You’ll note that NCoE hires can end up working in consulting, automation, data analytics, cybersecurity, assurance or tax just like everyone else, meaning much manyof you, sometimes the only math they encounter at work is figuring out their share of the happy hour bar tab. Unfortunately, stereotypes about neurodiversity and tech-savviness going hand-in-hand also persist however it seems EY’s neurodivergent hiring drive is more about finding those individuals who do thrive in this area rather than suggesting everyone who isn’t neurotypical gravitates toward data by default. Hopefully, anyway.

The UK Neuro-Diverse Centre of Excellence will start out with six to ten hires and opens applications next month.