Latest
Compensation Watch ’22: Big 4 Firm With the Most Negative Publicity In the U.K. Tries to Change All That By Giving Staff Raises of At Least £2,000 Back In My Day, Accountants Had to Walk Uphill Both Ways In the Hot Sun to Get to Work, Says Crotchety Old British Guy Friday Footnotes: Firms on India Hiring Spree; PCAOB Heads Overseas; PwC Lets You See Your Family This Summer | 5.6.22 In the Trenches: My Three Least Favorite Audit Rooms Are Auditors Becoming as Hard to Find as a PS5?

The plaintiff — one Kim Valentini-Shamsky — may sound familiar to you. Many years ago, she filed a $11 million suit against her kinda well-known ex husband Art Shamsky (of Mets fame), claiming he was a trysexual, puppy-touching sexual deviant. That case was settled out of court.

Now she's back at the courthouse, alleging this Bastone character cheated her out of up to $3 million in work at Deloitte over a 5-year period.

Bastone and Shamsky go way back. According to LinkedIn, they both attended Iona College and Shamsky first started doing business with Bastone back when he was at the now infamously defunct Arthur Andersen. The complaint says that after Bastone went to Deloitte in 2007, he stopped giving Shamsky work — which she claims is due to the fact that she wasn't giving him access to the qualified candidate in her pants.

You see, Shamsky owns a staffing firm (let's not let the fact that she's a recruiter impact our judgment, k?). And Bastone had positions at Deloitte to fill (as well as urges to satisfy if you believe Shamsky). So, according to the complaint, they grabbed a little dinner and talked about those positions. Shamsky claims Bastone wanted to talk about more positions than just the ones at Deloitte; perhaps Missionary or — everyone's favorite — the Wheelbarrow *winkwink*

Yeah, I could see it: 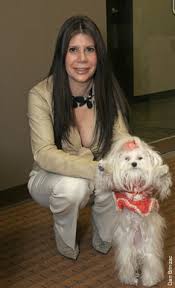 This behavior continued, the suit claims, with Bastone making "sexual advances" at Shamsky and Shamsky brushing him off. All the while, Shamsky says she was sending him good candidates that Bastone rejected due to Shamsky's rejection of his creepy advances. According to her, he told her he was the "gatekeeper" to Deloitte and that she was not allowed to meet with anyone else from the firm.

When Shamsky brought this to Deloitte's attention in 2012, she told Uncle D's national talent manager Mollie Stark that she didn't really want to sign an extension on her contract because this creep Bastone was being really creepy and something needed to be done about it.

Shamsky claims Stark was like OMG! LIGHTBULB TIME! and told her "she could never understand why defendant Bastone's deals only took three months with others and with plaintiff, they took years." Shortly after that, Stark let Shamsky know that her contract was suspended so they could look into these allegations. And then, the next day, Deloitte terminated Shamsky's contract completely.

Now, is it possible Shamsky is just really bad at finding good candidates? Maybe. But sexual harassment is so much more exciting.

Calls to Shamsky's office and her lawyer were not returned.

Just spitballin’ here but I think getting fired from a Big 4 firm and no longer doing a job he hated worked out pretty well for the star of Marvel’s Shang-Chi and the Legend of the Ten Rings. Here is what Simu Liu posted on Instagram today: So is now-retired Deloitte partner Paul Gibbons the […]

Today Fortune released its 25th installment of its 100 Best Companies to Work For, a ranking we’ve covered off and on for the past 12 years. And the No. 1 bestest company for 2022, according to Fortune, is Cysco Systems. Congrats to them. In the professional services category, notables include Accenture at No. 6, Protiviti […]

Back In My Day, Accountants Had to Walk Uphill Both Ways In the Hot Sun to Get to Work, Says Crotchety Old British Guy