Amber Guyger, the Dallas police officer who killed PwC Associate Botham Jean in his apartment in early September, apparently said on social media that she is a big fan of “one shot, one kill” and boasted that people were “lucky” if she hadn’t gone a week without killing someone, according to a new report.

Sometime after fatally shooting Jean, Guyger was allegedly given time by the Dallas Police Department to scrub her social media accounts of anything that might incriminate her.

However, in an interview with Status Coup journalist Jordan Chariton, civil rights attorney Lee Merritt, who is representing the Jean family, said Guyger, for some reason, didn’t delete a Pinterest account that contained “some very dark thoughts,” according to the Atlanta Black Star.

“She bragged about being violent, being short tempered,” [Merritt] said. “She bragged about use of force and she spoke out adamantly against things like kneeling [during the anthem] and said the NFL died of ‘Colin’ cancer,” a reference to former NFL player Colin Kaepernick, who started taking a knee to protest racial injustice and police violence in America.

The attorney also cited posts where Guyger wrote that folks were “lucky” if she went through the week without killing anyone and celebrated “one shot, one kill.”

It is not uncommon for police officers who get into trouble to delete their social media because “they’re given a chance when there’s body camera footage to review that, to craft their narrative around it, [and] to scrub their social media,” Merritt said. He added that law enforcement officers “are given every break, every leeway possible.”

It was revealed in early October that Guyger was not wearing a body camera when she shot Jean. Dallas police officers are not required to wear their body cameras home.

According to a Dallas Observer article, Guyger’s Pinterest username was “guyger1” and her screen name was “amber :).”

Given the circumstances and its content, the law enforcement [Pinterest] board is the most interesting, but there are other pins of note scattered throughout the account’s public posts. Many reflect the “civilians just don’t get it” attitude that permeates the online spaces in which law enforcement officers gather, like Thee Rant, PoliceOne and pro-police groups on Facebook. 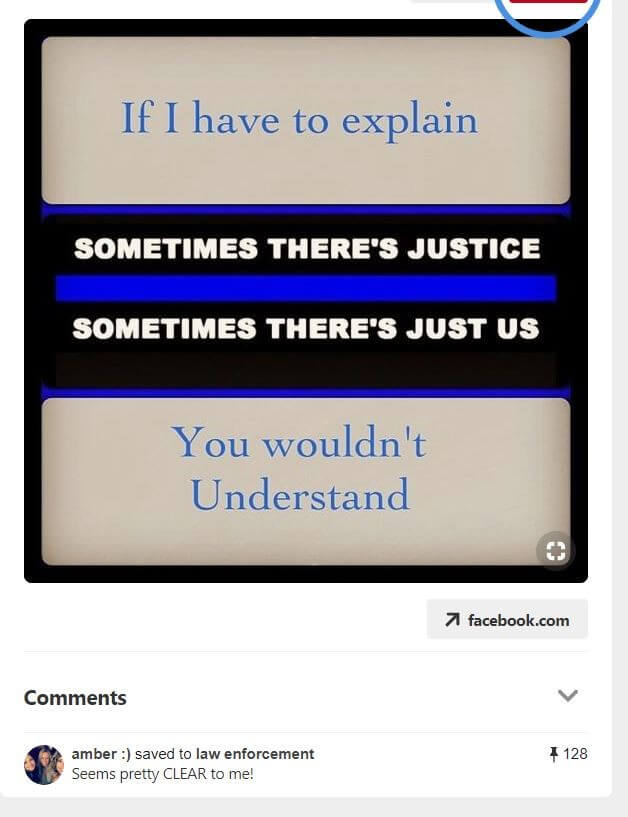 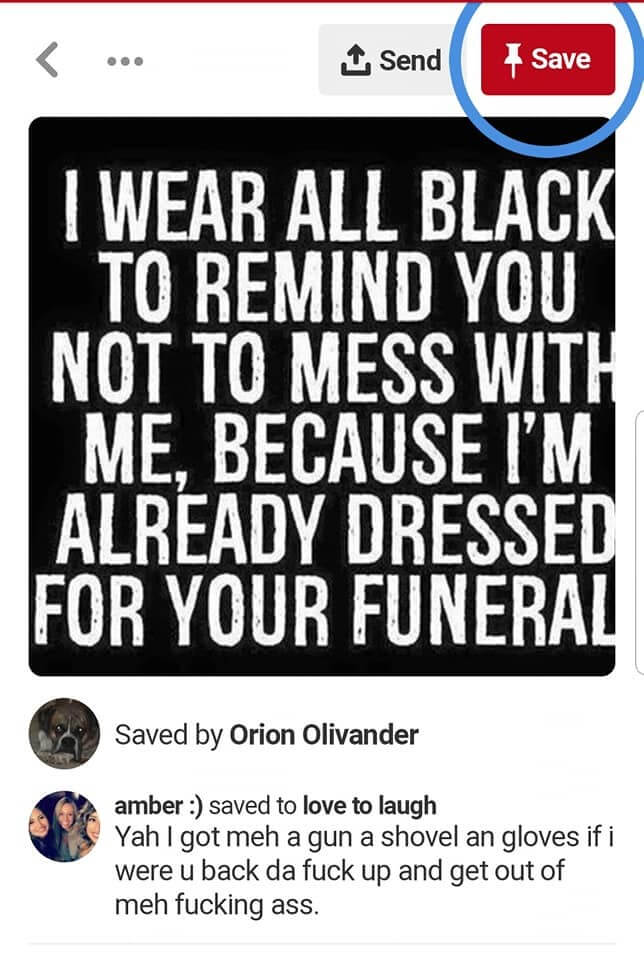 Then there are the anti-Obama memes: 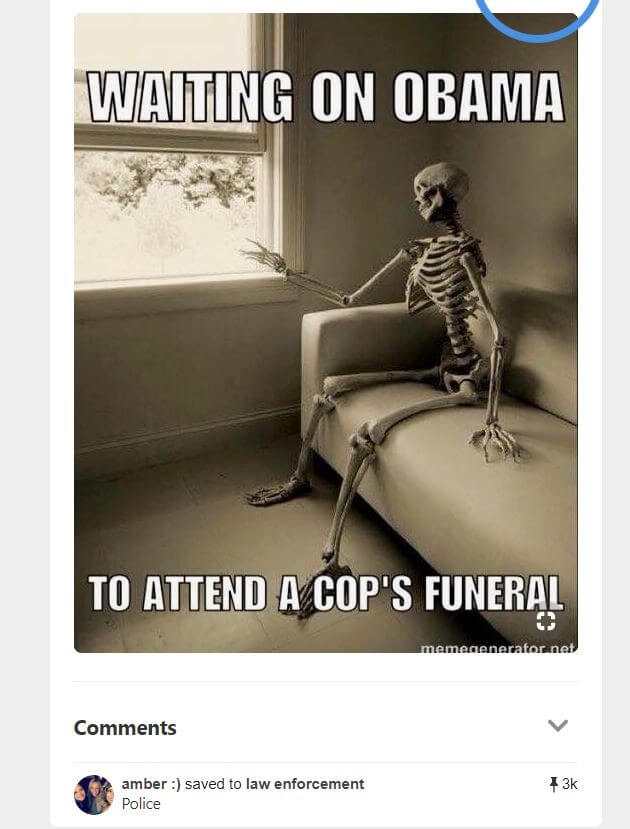 And, of course, the “Colin cancer” one: 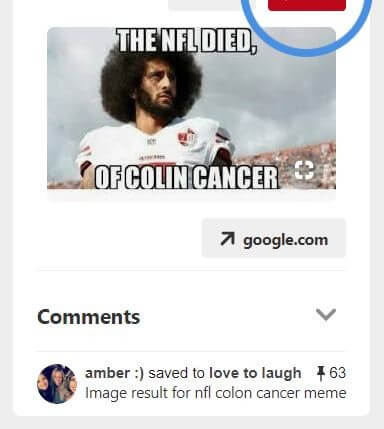 This afternoon, I logged into Pinterest (yes, I have a Pinterest account) and I couldn’t find Guyger’s page, so maybe she finally got smart and got rid of it. Let me know if you guys who are more Pinterest-y than I am can find it.

Jean, a 26-year-old risk assurance associate in PwC’s Dallas office, was fatally shot in his South Side Flats apartment on Sept. 6 by Guyger, who was returning home after a 15-hour shift and believed she had entered her apartment, not his.

Her apartment is directly one floor below Jean’s and she mistakenly parked on the fourth floor of the complex’s parking garage instead of the third floor.

Guyger was arrested on Sept. 9 on a manslaughter charge, which could be upgraded by a grand jury to a murder charge. It is not yet known when Guyger’s case will be presented to a grand jury.

The Dallas Police Department fired Guyger on Sept. 24 for engaging in adverse conduct. She had been with the department for nearly five years.