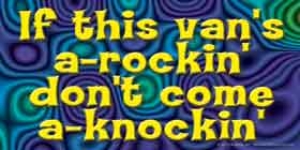 Who Pays the Corporate Income Tax [Economix/NYT]
The United States has had a corporate income tax since 1909, but in all the years since there is a major question about it that economists haven’t been able to answer satisfactorily: who pays it? The possibility that Congress may act on corporate tax reform this year makes this a highly salient question. The problem, of course, is that people must ultimately pay all taxes. Corporations, contrary to the views of some Republicans, are not people. They are legal entities that exist only because governments permit them to and are artificial vehicles through which sales, wages and profits flow. Hence, the actual burden of the corporate tax may fall on any of the groups that receive such flows; namely, customers, workers and shareholders, the ultimate owners of the corporation.

Thomas Timko to replace retiring Nick Cyprus as GM chief accounting officer [DFP]
Cyprus, who played a key role in modernizing GM’s outdated financial systems, served as GM’s chief accounting officer and controller since Dec. 1, 2006, and added the title of vice president on Aug. 4, 2009. Cyprus will retire March 18 after a 36-year career and will be replaced by Thomas Timko.

Paulson Leads Funds to Bermuda Tax Dodge Aiding Billionaires [Bloomberg]
Last year, about $450 million belonging to top executives at billionaire hedge fund manager John Paulson’s New York firm took a quick round trip to Bermuda. In April, the executives sent the money to a reinsurance company that they’d set up on the island 650 miles off the North Carolina coast. By June, the Bermuda company, which has no employees and sells far less reinsurance than the industry norm, had sent all the cash back to New York, to be invested in Paulson & Co. funds. By recycling the funds through Bermuda-based Pacre Ltd., the Paulson executives are positioned to legally exploit a little-known tax loophole, reduce their personal income taxes and delay paying the bill for years. “These types of reinsurance companies are permitting U.S. taxpayers to defer — indefinitely — U.S. tax,” said David S. Miller, a tax lawyer at Cadwalader Wickersham & Taft LLP. For some, he said, it’s “an unjustified benefit.”

Office Supply Retailers Weigh a Merger [DealBook]
This could mean fewer places to buy tickmarks.
New Black Box Metrics Challenge Accountants' Creativity and Investor Intelligence [GOA, Earlier]
Tony Catanach is "stunned by the lack of creativity exhibited by the [Black Box's] accountants in naming their performance metrics."
Suspects barge into accounting office and start shooting [WXYZ]
This story makes a little more sense when you know that it occurred in metro Detroit.
Police: Senior Couple Caught Having Sex In Backseat Of Car In Sonora [CBS]
According to police, a 72-year-old woman and a 62-year-old man were cited for having sex on Tuesday afternoon in the parking lot of Doc’s Smoked BBQ and Burgers at 636 W. Stockton St. The restaurant was open and customers walking by saw the couple, police said. “It gets hot back here and it was obviously getting hot out there,” the restaurant’s owner, Rachael Shevlin, said. A nearby Sonora police officer responded to the call and found the naked couple in the backseat of the car. Linda Titus, 72, of Earp, Calif., and Gary Wells, 62, of Sonora were cited for indecent exposure and released. “I mean, in the middle of the day too. What?” Shevlin said with a laugh.

Financial Times boldly suggests that because of constant financial scandals accounting programs need to do a better job of teaching students not to screw up. “These scandals have intensified concerns that a poorly developed approach to teaching behavioral, as opposed to technical, skills is reducing ethical standards and professional independence,” writes FT. Meanwhile in Canada, […]