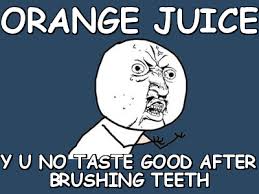 The AICPA is killing auditors [AWEB]
I knew there was something I didn't like about Barry Melancon.

The House Sticks its Nose into Audit Rotation [CFO]
Barbara Roper, director of investor protection for the Consumer Federation of America, expressed her disbelief in an email to CFO: “Regulators around the globe have expressed concern over the persistent lack of independence and professional skepticism in the audits of public companies. Congress’s response? To make it more difficult for the PCAOB to take even modest steps to address that problem. You’d think that, after dozens of major financial institutions either failed or were saved from failure by a government bailout, Congress might want to know why the auditors failed to provide any advance warning or, better yet, to prevent any of the accounting games that helped put those financial institutions at risk. But apparently they are more concerned with assuring that nothing changes in our dysfunctional financial system.”

Banks Urged by Regulators to Adopt Tougher Internal Auditors [Bloomberg]
Banks were pushed by two U.K. financial regulators to empower internal auditors to stand up to senior decision makers within the firm and oversee risk taking. Regulators expect banks to have internal auditors that can provide a challenge to management, “to help protect the assets, reputation and sustainability of the organization,” Andrew Bailey, the Bank of England’s top banking supervisor, said in an e-mailed statement. Bailey’s comments support guidelines published today by the Chartered Institute of Internal Auditors that seek to improve governance within banks. Internal auditors assess whether organizations are managing risk properly and warn members of the firm’s board if they anticipate problems.

New Fraud Crackdown Looms [CFOJ]
FYI: “There still is financial-reporting fraud going on out there,” said Andrew Ceresney, the new co-director of the Securities and Exchange Commission’s Division of Enforcement.

Why Toothpaste Makes Orange Juice Taste Bad [Scientific American]
[I]t isn't just the mix of citrus and mint. The chemicals in toothpaste make your tongue more sensitive to bitter flavors ordinarily not detected in the juice.

Baucus-Camp Plans Fail to Converge on U.S. Multinationals [Bloomberg]
As the top tax writers in Congress travel the country to tout their effort to revamp the code, one key element still has them on roads that don’t quite meet: how to tax big multinational companies. Michigan Republican Dave Camp, who runs the House Ways and Means Committee, says the U.S. should switch from a worldwide tax system, where companies are taxed on profits earned anywhere, to a territorial system that taxes few profits earned outside the U.S. — an idea supported by the 3M Co. (MMM), the lawmakers’ first stop on the tax reform tour this week.

Some lawmakers bristle at tax overhaul starting with 'blank slate' [Reuters]
"I don't see how we get anywhere, candidly, even though we all know it needs to be done to make our country more competitive," Kentucky's [Mitch] McConnell told reporters on Tuesday. [Bernie] Sanders, of Vermont, said that with corporate taxes making up an increasingly small part of federal revenue, raising new revenue is essential. "Do you believe that at a time when corporate taxes are extremely low, that we need to bring in more revenue to the federal government?" said Sanders, who typically votes with Democrats. "Certainly the Republicans do not, and I get nervous about where Senator Baucus is coming from."

Man Cages His Head To Quit Smoking [HP]
Turkish man Ibrahim Yucel wanted to keep his promise so badly that he crafted a medieval-style cage to wear on his head so he couldn't smoke. Every morning, he locks his head in the cage and gives the key to his wife so he won't give in to his addiction at work. The 42-year-old from Kutahya says on a YouTube video posted July 2 that he's been trying to quit since his father died of lung cancer. He's been smoking two packs a day for more than 20 years.

Financial Times boldly suggests that because of constant financial scandals accounting programs need to do a better job of teaching students not to screw up. “These scandals have intensified concerns that a poorly developed approach to teaching behavioral, as opposed to technical, skills is reducing ethical standards and professional independence,” writes FT. Meanwhile in Canada, […]