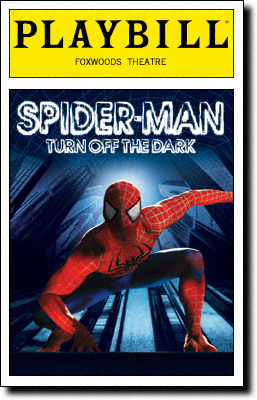 Livent’s auditors ignored ‘red flags,’ court told [Globe and Mail]
Livent Inc.’s auditors at Deloitte & Touche ignored “red flags” of fraud and were negligent in their reviews of the company’s financial statements, a Toronto court heard Monday. A long-delayed $450-million lawsuit against Deloitte began Monday, 15 years after the live theatre company collapsed amid allegations of fraud. The lawsuit was filed against the audit firm by Livent’s special receiver on behalf of the company’s creditors and shareholders.

The importance of knowing who does the auditing [SCMP]
Ernst & Young Hong Kong's case with the Securities and Futures Commission revolves around the vexed question as to whether the auditing firm is correct in its decision to cite "state secrets" in justification for not turning over the working papers of the failed initial public offering by Standard Water. Hearings on the case are due to continue in the High Court on May 16. However, the author of the China Accounting Blog, Paul Gillis, says in a recent post: "The real scandal of this case is not the refusal to turn over the working papers, but the way that EYHK has misled investors into thinking that it, rather than its mainland affiliate, conducted the audit." He says the Big Four accounting firms like to treat the mainland and Hong Kong as one market and position themselves as seamless global organisations. That is until they get sued, and then they argue they are a collection of independent franchises.

IRS: Boston-area Taxpayers Will Get Time on Taxes [AP]
The IRS said more details will be announced today.

Don’t bother calling your accountant today [MW]
But while April 16 may remain an unofficial recovery day from such stress, accountants say they’ve found plenty of ways to formally celebrate it over the years. For some, the day always marks the start of an extended holiday, often involving travel to somewhere warm. For others, it’s about a simpler ritual. Joe Kristan, an accountant with Roth & Co. in Des Moines, Iowa, has an April 16 tradition of sleeping late and then lunching with his wife at a local seafood restaurant and getting caught up on family life. “If I don’t see other accountants, it’s a good day,” he laughs.

Spider-Man: Turn Off the Dark Offers Tax Season Ticket Giveaway for Certified Public Accountants [Playbill via TaxProf]
The 7:30 performance tonight! "The first 50 certified public accountants to appear with proof of their certification will receive a complimentary pair of tickets for that performance. All eligible CPAs must be lined up, with certification in hand, on 42nd Street in front of the Foxwoods Theatre at 10 AM on April 16."
The Top 10 Private Equity Loopholes [DealBook]
It must be hard getting it down to ten.
FASB Previews Framework for Deciding on Accounting Standards Changes for Private Companies [AT]
The Invitation to Comment: Private Company Decision-Making Framework: A Guide for Evaluating Financial Accounting and Reporting for Private Companies seeks feedback from stakeholders on the proposed private company decision-making framework. The framework is supposed to serve as a guide for FASB and the recently established PCC in determining whether and under what circumstances to provide alternative recognition, measurement, disclosure, display, effective date or transition guidance for private companies reporting under U.S. GAAP.  FASB and the PCC developed the proposed provisions contained in the Invitation to Comment based on their discussions at the PCC’s February 2013 meeting.
Countdown to Oct. 15 tax extension deadline underway [DMWT]
FYI.
Tax Refunds Fall Due to Fiscal-Cliff Deal [WSJ]
A big reason for the drop in refunds was that the fiscal-cliff deal, signed into law on Jan. 2, forced the Internal Revenue Service to postpone the start of the tax-filing season to Jan. 30, about two weeks later than usual, so it could adjust its computer systems and forms. Gail Rosen, a certified public accountant in Martinsville, N.J., said accountants had to do their work in a condensed tax season, making for longer hours. "Honestly, I've been doing this for over 30 years, and I worked more hours than ever before," she said.

Dennis Rodman To Revisit North Korea In August, Claims Kim Jong Un 'Just Wants To Be Loved' [HP]
In an interview with Gossip Extra, the star rebounder made clear his plans to return to North Korea in August, so that he and "supreme leader" Kim Jong Un can you know, "just hang and have some fun."