A few weeks ago, Caleb brought you the story of the accounting trainee who sent abusive texts and photos depicting disturbing sex scenes. Etc. Etc. Etc.

Today I decided to revisit a few of the creepier perverted accountant stories and award a few of the more disturbing ones. So, without further adieu:

The C(ree)PA Award for… Worst Professor

A former San Francisco State University accounting professor is accused of inviting a handful of current and former students over to his house to party and secretly filming them when his guests used his bathroom:

Mark Landis, 38, of San Francisco was arrested Wednesday and charged with 15 misdemeanor counts of invasion of privacy, Assistant District Attorney Alex Bastian said.
Landis is no longer a member of the faculty, having resigned July 18, according to SFSU spokeswoman Adrianne Bee.

This all started.. after a student who went to Landis' place to party had to, uh, answer nature's call. While in the bathroom, the student observed a suspicious tissue box that seemed to have a flashing light in it. Upon investigating the box, the student found a camera, snatched the memory card out of it, and "examined the contents" of said memory card. The memory card contained "many instances of guests being filmed in the bathroom."

Back in 2013, he experienced a similar reaction to Xanax and alcohol. “In that incident, Caceres was throwing food, spitting water and shoved a flight attendant.”

Like flying coach could get any worse. But don't worry, as a condition of his probation, Caceres has to notify the U.S. Probation department when he buys a plane ticket.

That guy who made a spreadsheet of his sexual encounters:

The spreadsheet itself — titled tricks.xls, just btw — is highly NSFW as is the discussion at this link, I suppose, since it mentions words we all know ending in -al that might offend some of you pearl-clutchers. OK, let's be real, the article itself is called "Promiscuous Gay Nerd: What Makes Sex Good?" so of course it's going to go there. Oh, and he's gay so, you know, that might offend you too.

Though this is really pushing it, it's included here because the actual point is this guy made a detailed spreadsheet of sexual conquests. Come on. The best most of you can do is make one that tells you where to order lunch.”

The C(ree)PA Award for…The Most Florida

That Florida CPA who kidnapped and imprisoned three hookers:

Former CPA Tim Deegan, 53, owned Deegan Professional Tax Service and served as president of the Fightin’ Gator Touchdown Club. He met hookers through an escort service, enslaved them in his home, drugged them, pimped them out, videotaped the sexual encounters, posted the videos online, and gave the women cocaine in exchange for sex and housecleaning services. The cops charged him with human trafficking, rape, and cocaine possession among other things.
According to my esteemed colleague, Greg Kyte, one can claim imprisoned prostitutes as dependents for tax purposes, which probably explains why this sleazeball is smiling in his SMUGSHOT. (See what I did there?)

Also, Deegan got off with ten years' probation in a plea agreement, so he's presumably skulking free in Florida somewhere. He may have landed himself some jail time if he'd done something SERIOUS like dodge his federal income taxes.

The C(ree)PA Award for… Most Haunting Mugshot 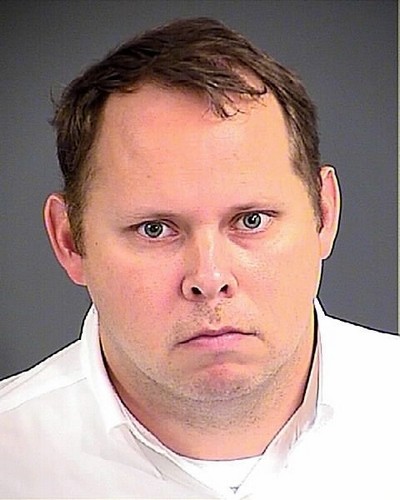 Christopher Marcus Duncan was arrested last September for failure to file tax returns. So while not a pervert, his empty stare in this mugshot sure is creeping us out.

Tim Gearty has taken the #3 spot on the NJBIZ 2022 Accounting Power 50. From NJBIZ: Not many CPAs get stopped by fans for selfies, but Timothy Gearty is one of them. As editor-in-chief and national lead instructor for Becker, a global CPA exam-prep leader, Gearty — who’s also the managing partner of Florham Park’s […]