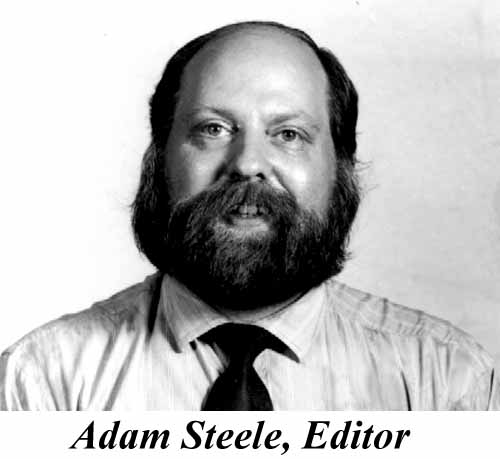 Thank God for people like Adam Steele, CPA. Not only has his free-range facial hair been the non-ironic inspiration for the irony of hipsters everywhere, he’s also the frontman for the PTIN class action lawsuit against the IRS because Adam Steele is the kind of guy who isn’t going to put up with the IRS’s sixty-three-dollars-per-year-to-register-as-a-paid-tax-preparer bullshit.

He and some lady who’s not nearly as interesting are demanding that the IRS refund all PTIN fees collected in the past and never collect PTIN fees in the future, or “at the very least, the plaintiffs want the IRS to lower the fee to about $13.”

He’s the William Fucking Wallace of tax preparers. “You can make us E-file, you can make us fill out an EITC checklist, but you can never make us pay more the actual cost you incur from a third-party vendor for administering the PTIN registration process!!! 'MURICA!"

Not only is it questionable as to whether or not the IRS even has the authority to charge the PTIN registration fee, your sixty-three bucks was also supposed to cover the cost of “the registration cards and certificates that the IRS was supposed to provide to preparers.” But you, me, and Adam Steele never got our goddamn cards. How the hell are we supposed to get our discount at Big Tim’s Tax Supply Warehouse without the fucking card?!

Plus there are no realistic options for recouping the $63. No one wants to raise their billing rates by 3.5¢ per hour, nor do they want to eat at Cheesecake Factory one less time per year.

As Adam Steele leads the charge against the PTIN, I only hope he doesn’t trip over his giant balls. Giant balls of Steele. This BMF has big enough balls to give his firm the name “Very Expensive Tax Service” and to run an ad campaign that included the follow FAQs:

Q: What is Very Expensive Tax Service?
A: It is a tax service that is very expensive.

Q: How expensive is Very Expensive Tax Service:
A: Very

Q: Can I smoke when I am receiving Very Expensive Tax Service?
A: Yes. Anyone who is paying that much has a right to be comfortable, in hospitable surroundings. Besides, we kind of like it when people smoke in our office.

Q: Is Very Expensive Tax Service fast?
A: No. It is slow and painstaking.

Mr. Steele also ran for Congress in 2012 as a Tea Party candidate. His bio says he’s a “frequent political candidate”1, a fiscal conservative, and a strong supporter of the U.S. Constitution and the Bill of Rights.” I’d vote for him because apparently the alternative is a fiscally irresponsible hater of America and/or freedom.

I can’t wait to see the IRS gets its ass handed to it by this straight shooting, second-hand smoke loving, big government hating, estranged father of the sons of Mumford and Sons.

[Update to post originally published on May 25 with a fourth ex-Alliantgroup employee sharing their experience.] One thing I have learned since IRS Criminal Investigation and the Justice Department conducted a court-ordered raid of Alliantgroup’s Houston offices on May 20 is that there are A LOT of horror stories from ex-Ag employees about their experience working […]

[UPDATE 13] Jonathan Curry of Tax Notes wrote an interesting article on June 16 about why federal authorities would conduct a court-ordered raid of an established company like Alliantgroup, and he talked to law professors and a tax lawyer about the legal ramifications of that particular action by the Justice Department and IRS Criminal Investigation. […]