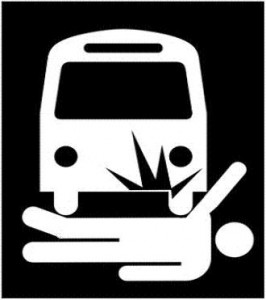 Tax Withholding Still Controversial After 70 Years [Economix/NYT]
Before 1943, all taxpayers paid their income taxes in a lump sum no later than March 15 the following year, although quarterly payments were permitted. This was not that much of a burden because few people paid any federal income taxes – on the eve of World War II just 4 percent of the population did. And the bulk of those were very well to do. But the war increased the need for federal revenue. Consideration was given to a national consumption tax to raise the money, but this idea was rejected in favor of a vastly broader income tax. This brought into the income tax net millions of Americans who had no familiarity with it, were baffled by its complexity and lacked the savings to pay their annual tax bill in a lump sum. The Treasury Department said it believed that tax withholding was essential to make the wartime income tax work.

Rutgers gets $1M for accounting education [PI]
Daniel Jr., Dean, and David Ragone made the gift through their family foundation in recognition of their father, Daniel J. Ragone, a longtime community business leader in South Jersey. The Daniel J. Ragone Center for Excellence in Accounting will be constructed at the Rutgers School of Business-Camden, where accounting is the largest major.

State Business Incentives [TF]
Many states provide tax credits which lower the effective tax rates for certain industries and/or investments, often for large firms from out of state that are considering a move. Policymakers create these deals under the banner of job creation and economic development, but the truth is that if a state needs to offer such packages, it is most likely covering for a bad business tax climate. Economic development and job creation tax credits complicate the tax system, narrow the tax base, drive up tax rates for companies that do not qualify, distort the free market, and often fail to achieve economic growth.

What to do when your boss throws you under the bus [Fortune]
I'm sure none of you have run into this.

Drunken Driver Falls Asleep at Burger King Drive-Thru, Police Say  [Morristown Patch]
A 41-year-old Sparta man was drunk when he fell asleep at the wheel for more than two hours at the Burger King drive-thru order screen, Morristown Police said. According to a report by Officer Joseph Heuneman, police responded to the Burger King on Oct. 5 at about 3 a.m. when employees reported that a car had been parked in front of the order screen for more than two hours.  Kyle Ginter had been asleep at the wheel of a black Hyundai with the key in the ignition and the car running, the report said.  Heuneman's report said Ginter showed signs of impairment and could not perform standard sobriety tests.