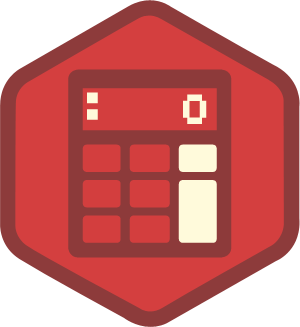 Tax Deal’s Passage Ends Latest Standoff [NYT]
Ending a climactic fiscal showdown in the final hours of the 112th Congress, the House late Tuesday passed and sent to President Obama legislation to avert big income tax increases on most Americans and prevent large cuts in spending for the Pentagon and other government programs. The measure, brought to the House floor less than 24 hours after its passage in the Senate, was approved 257 to 167, with 85 Republicans joining 172 Democrats in voting to allow income taxes to rise for the first time in two decades, in this case for the highest-earning Americans. Voting no were 151 Republicans and 16 Democrats. The bill was expected to be signed quickly by Mr. Obama, who won re-election on a promise to increase taxes on the wealthy. Mr. Obama strode into the White House briefing room shortly after the vote, less to hail the end of the fiscal crisis than to lay out a marker for the next one. “The one thing that I think, hopefully, the new year will focus on,” he said, “is seeing if we can put a package like this together with a little bit less drama, a little less brinkmanship, and not scare the heck out of folks quite as much.”

The fiscal cliff deal that almost wasn't [Politico]
House Speaker John Boehner couldn’t hold back when he spotted Senate Majority Leader Harry Reid in the White House lobby last Friday. It was only a few days before the nation would go over the fiscal cliff, no bipartisan agreement was in sight, and Reid had just publicly accused Boehner of running a “dictatorship” in the House and caring more about holding onto his gavel than striking a deal. “Go f— yourself,” Boehner sniped as he pointed his finger at Reid, according to multiple sources present. Reid, a bit startled, replied: “What are you talking about?” Boehner repeated: “Go f— yourself.”

Congress Kicks the Fiscal Can off the Front Stoop [TaxVox]
The agreement preserves nearly all of the 2001-2010 tax cuts (with a few key exceptions) and delays most scheduled automatic spending reductions for two months. In effect, for all of the recent over-the-top budget drama, the deal preserves the unsustainable fiscal status quo, which is to say Congress will continue to spend far more than it is willing to collect in taxes. Worst of all, it sets up yet another fiscal crisis in just a few months when, in short order, the federal government reaches its legal borrowing limit and yet another temporary measure keeping government agencies operating expires.

European Commission to review 'dangerous’ accounting rules [Telegraph]
A review of the controversial International Financial Reporting Standards (IFRS) has been sanctioned by Commissioner Michel Barnier to start early this year, in what amounts to a major breakthrough in a long-running campaign supported by The Daily Telegraph. Investors from 10 leading groups – including Threadneedle Investments, the Co-Operative Asset Management, London Pension Fund Authority and Railpen – secretly wrote to Mr Barnier in October with a warning that the accounting rules were harming shareholders, and destabilising banks and the economy. The group also wrote to Vince Cable, the Business Secretary, but, since previous warnings to the Coalition and the London-based International Accounting Standards Board had gone unanswered, they appealed directly for help from Brussels. Replying in a letter to the investors, Olivier Guersent, the head of Mr Barnier’s cabinet, wrote that he “shared the concerns” of investors over IFRS. He said that warnings that the rules exacerbated the financial crisis were “legitimate questions”.

Lease accounting change worries Europe [FT]
A global push by accounting rulemakers to force companies to recognise their true exposure to leasing obligations on their balance sheets is facing increasing resistance from Europe. The two main rule-setters – the International Accounting Standards Board and its US counterpart the Financial Accounting Standards Board – are trying to finalise new rules that supporters believe will give investors greater clarity on what are significant liabilities for many companies. Hans Hoogervorst, IASB chairman, had already warned that the rulemakers faced an “uphill battle” after lobbying against the plan in the US. Now national accounting standard-setters in the UK and Germany have raised concerns, saying they “remain to be convinced that the current proposals would provide benefits which outweigh their cost and complexity” in spite of supporting the overall aims of the project.
How Deloitte Made Learning a Game [HBR]
"Training is a funny thing," James Sanders, Manager of Innovation at Deloitte Consulting, told me recently. "No matter how easy you make it to access, or how brilliant the learning programs are, training is simply not the first thing people think of doing when they have some free time. Let's face it, for most people, on a typical Sunday morning, if given the choice between 'Am I gonna watch ESPN, or am I gonna do some training?' training will not win out." And yet, by using gamification principles, Deloitte has seen use of its Deloitte Leadership Academy (DLA) training program increase. Participants, who are spending increased amounts of time on the site and completing programs in increasing numbers, show almost addictive behavior. Since the integration of gamification in to Deloitte Leadership Academy, there has been a 37 percent increase in the number of users returning to the site each week. […] LA found that by embedding missions, badges, and leaderboards into a user-friendly platform alongside video lectures, in-depth courses, tests and quizzes, users have become engaged and more likely to complete the online training programs.

For U.S. Attorney’s Office, Forfeiture From Crimes Pays (Sometimes in Dinosaur Bones) [DealBook]
In the last year, the government’s prosecutorial branch in Manhattan has taken in about $160 million from an online poker operation and more than $2 billion from a failed Ponzi scheme. Last week, it even secured a Tyrannosaurus skeleton from Mongolia valued at more than $1 million. […] Last week, a paleontologist admitted to illegally shipping dinosaur fossils to the United States from Asia. As part of a plea agreement, the paleontologist, Eric Prokopi, agreed to forfeit a Tyrannosaurus skeleton that had been put up for auction for more than $1 million, along with five other dinosaur skeletons. The fossils will be returned to the Mongolian government; Mr. Prokopi faces a possible prison sentence.

If You’re Young, Don’t Give To Charity [TRC via TaxProf]
Wealth almost entirely belongs to the old. The median 60-year-old has 45 times (yes, forty-five times) the net worth of the median 30-year-old. 99% – not 80%, not even 95%, but ninety-nine percent – of American billionaires are over 40. Old people, of course, have more time to accumulate wealth. They’ve also had more time to learn skills, make friends, earn degrees, gain experiences… everything that gives someone higher earning potential. They also have almost all the political power. There are a hundred US Senators, and not a single one is under 40. You can’t even be President until you’re 35. It’s not surprising, then, that old people utterly dominate lists of the wealthy. What does that imply? Any money a 25-year-old can give – even if they donate half their income – is chump change. It’s a single drop in a large bucket, compared to what they can donate later in life, when they’re older and much much richer. It doesn’t matter. At all. It means nothing.