Please ensure Javascript is enabled for purposes of website accessibility
Latest
BDO UK Spreads the Load Are You Ready For the BUSY SEASON FUN Calendar?? EY Reports a Rise in Naughty Behavior Now That People Have Returned to the Office How Do Big 4 Consulting Internships Stack Up Against MBB? Carillion Liquidators Roast KPMG: “A Competent Auditor Would Have Detected the Misstatements” 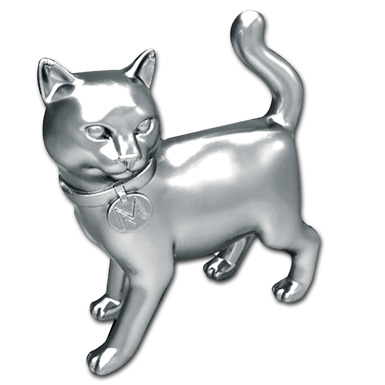 As Unit Pleads Guilty, R.B.S. Pays $612 Million Over Rate Rigging [DealBook]
The Royal Bank of Scotland on Wednesday struck a combined $612 million settlement with American and British authorities over accusations that it manipulated interest rates, the latest case to emerge from a broad international investigation. In an embarrassing blow to the bank, its Japanese subsidiary also pleaded guilty to criminal wrongdoing in its settlement with the Justice Department. The R.B.S. subsidiary, a hub of rate-rigging activity, agreed to a single count of felony wire fraud to settle the case. The settlement reflects the Justice Department’s renewed vigor for punishing banks ensnared in the rate manipulation case. In December, a Japanese subsidiary of UBS pleaded guilty to felony wire fraud as part of a larger settlement, representing the first unit of a big bank to agree to criminal charges in more than a decade. As authorities built the R.B.S. case, they seized on a series of incriminating yet colorful e-mails that highlighted an effort to influence the rate-setting process, a plot that spanned multiple currencies and countries from 2006 to 2010. One senior trader expressed disbelief at reaping lucrative profits from the scheme, saying “it’s just amazing” how rate “fixing can make you that much money,” according to the government’s complaint. Another trader, after pressuring a colleague to submit a certain rate, offered a reward of sorts: “I would come over there and make love to you.”

Carried interest thrust again into tax debate [Reuters]
President Barack Obama said at a news conference on Tuesday that he will pursue a short list of tax loophole closures to try and avert looming budget cuts. Obma's press secretary singled out the tax break known as "carried interest." "That should be closed," White House spokesman Jay Carney told reporters after the president spoke. Obama on Sunday had mentioned carried interest in a CBS television interview in which he called for reducing the budget deficit by raising more tax revenue by closing tax breaks. Past attempts by some senior Democrats to roll back the provision have failed amid heavy lobbying by the private equity industry and other investment managers. The tax break has been defended by lawmakers from both parties, but this time advocates of repeal say they may have the upper hand.
Zoomlion Denies Allegations of False Sales and Accounting [Bloomberg]
Zoomlion Heavy Industry Science & Technology Co. (1157), China’s second-biggest construction-equipment maker, denied allegations in a press article published yesterday that it had reported fictitious sales and falsified accounts. All allegations in the report are “false, groundless and misleading,” the Changsha, China-based company said in a Hong Kong stock exchange filing yesterday, without identifying the publication it was refuting. “No accounting fraud has ever been committed,” the company said. The response is Zoomlion’s second in a month to published allegations that it had falsified sales. The most recent report may be based on documents sent anonymously to media organizations, including Bloomberg News, that purport to respond to Zoomlion’s initial denial last month by showing the company has made false statements about revenue. “Their revenue growth relative to all their peers and the economic activity in China doesn’t seem very credible,” Kevin Barnes, an analyst at Kerrisdale Capital Management LLC, a New York-based hedge fund with $150 million under management, said in an interview. “It’s also a difficult industry to audit, just because there’s so many pieces of machinery — unless you have an external auditor who’s willing to go out and count them individually.”

Ernst & Young takes over J & M Management Consulting [E&Y (Germany)]
J&M is a consulting firm in Germnay, Austria, and Switzerland that specializes in supply chain management that has 1,400 employees and €230 million in revenue.

Create Your Own MLM in Ten Easy Steps [Fraud Files]
Tracy Coenen explains: "It’s widely knows that those in MLMs make little money. In fact, almost everyone in the pyramid loses money. The real money makers in the scheme are those who own the MLM company. So in the spirit of giving, I’m offering you ten simple steps toward creating your very own MLM. Start yours now and cash in on all those people who are dying to hear about your 'opportunity'!"

Financially strapped Postal Service to cut Saturday mail, keep 6-day-a-week package delivery [AP]
The U.S. Postal Service will stop delivering mail on Saturdays but continue to deliver packages six days a week under a plan aimed at saving about $2 billion annually, the financially struggling agency says. In an announcement scheduled for later Wednesday, the service is expected to say the Saturday mail cutback would begin in August. The move accentuates one of the agency’s strong points — package delivery has increased by 14 percent since 2010, officials say, while the delivery of letters and other mail has declined with the increasing use of email and other Internet services. Under the new plan, mail would be delivered to homes and businesses only from Monday through Friday, but would still be delivered to post office boxes on Saturdays. Post offices now open on Saturdays would remain open on Saturdays.

Reproducing Value: How Tax Law Differentially Values Fertility, Sexuality & Marriage [SSRN via TaxProf]
From the abstract: "This paper focuses on the current discriminatory effects of § 213 doctrine as it is applied to the deductibility of fertility treatments for single persons and/or homosexual couples, as compared to heterosexual, married couples."
Monopoly: cat replaces iron as new token [Telegraph]
Toy maker Hasbro announced the changes on Wednesday morning, hours after voting on Facebook closed. Fans from 120 countries voted. The wheelbarrow, shoe and iron had been neck and neck for elimination through the Save Your Token Campaign. The new additions that people could vote for, as well as the cat, included a robot, a diamond ring, helicopter or guitar. "We put five new tokens out for our fans to vote on and there were a lot of fans of the many different tokens, but I think there were a lot of cat lovers in the world that reached out and voted for the cat to be the new token for Monopoly," said Jonathan Berkowitz, vice president for Hasbro gaming marketing. "Tokens are always a key part of the Monopoly game … and our fans are very passionate about their tokens, about which token they use while they play," he added.

Are You Ready For the BUSY SEASON FUN Calendar??