According to a Cornerstone Research report that you should absolutely read in its entirety if you are into this sort of stuff, lawyers are suing auditors more:

Overall, auditor participation in class action settlements in the last several years has been lower than in the early years following passage of the Private Securities Litigation Reform Act (PSLRA). This is likely due in part to U.S. court decisions that have reduced auditor liability, as well as the changing nature of restatements. The latter is due to the fact that auditor liability in securities class actions is closely tied to whether audited financial statements were restated, as well as the nature of any restatement.

And look! Here's a fancy chart: 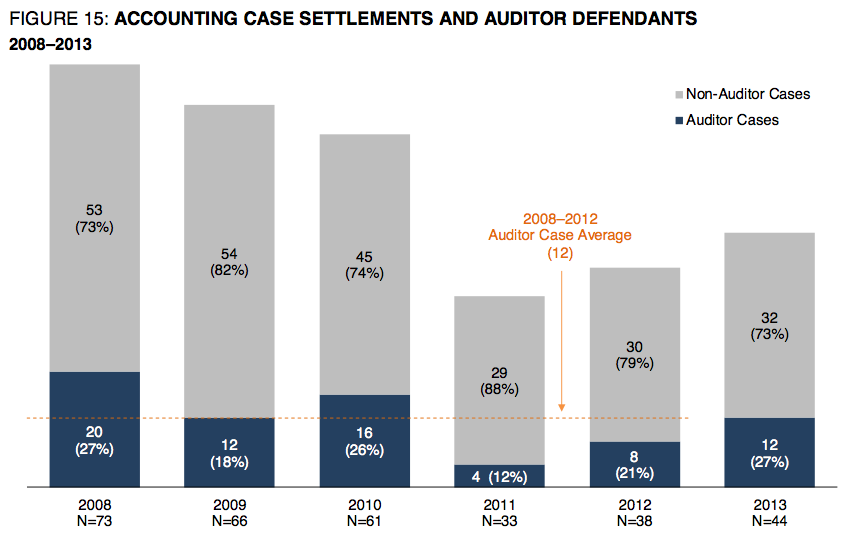 We'll dig deeper into the full report later, just wanted to share this bit with you.

The PCAOB adopted a new audit standard yesterday (AS 1206, Dividing Responsibility for the Audit With Another Accounting Firm) to ensure that lead auditors are properly supervising the outside auditors they use. From the PCAOB: The Public Company Accounting Oversight Board (PCAOB) today adopted amendments to its auditing standards [PDF] to strengthen requirements that apply […]