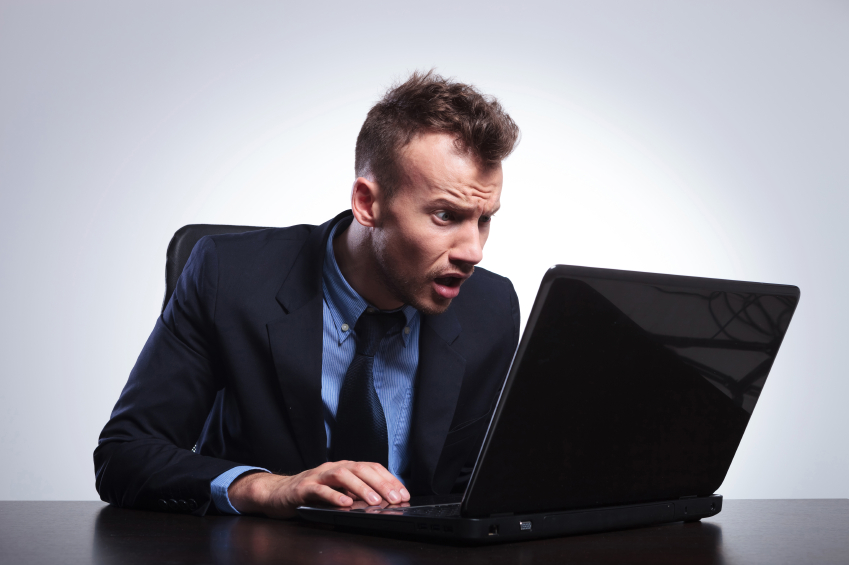 This morning, troubled drug company Valeant announced a restatement and that its CEO Michael Pearson would be stepping down.

This all started, you may remember, last fall when reports from the Southern Investigative Reporting Foundation and Citron Research published reports questioning Valeant's relationships with pharmacies, accounting, etc. etc. and it culminates with this.

Oh, who am I kidding, I'm sure this could get worse.

Anyway, adding to the drama of today's announcement is the news that Howard Schiller, the company's former CFO and interim CEO while Pearson was on medical leave, refused to step down as a director at the company after being accused of "improper conduct." This 8-K, an amazing feat in impregnable corporate argot, explains:

Schiller and the company's former corporate controller's "improper conduct," "resulted in the provision of incorrect information to the Committee and the Company’s auditors [and] contributed to the misstatement of results."

But this sentence is my favorite:

The revenue that is being eliminated from 2014 does not result in an increase to revenue in 2015 as a result of the Company having previously also recognized that revenue in 2015.

Whoops! Don't you hate it when that happens? It's quite a declaration on the state of revenue recognition when something like this is even possible. But Valeant attempts to explain it:

Under the sell-in method previously utilized by the Company prior to the consolidation of Philidor in December 2014, revenue was recognized upon delivery of the products to Philidor. At the date of consolidation, certain of that previously sold inventory was still held by Philidor. Subsequent to the consolidation, Philidor recognized revenue on that inventory when it dispensed products to patients, and that revenue was consolidated into the Company’s results. As long as those pre-consolidation sales transactions were in the normal course of business and not entered into in contemplation of the option agreement, the Company’s historical accounting for this revenue was in accordance with generally accepted accounting principles and consistent with its independent auditors’ published guidance on this topic.

If anyone at PwC would be so kind to share that published guidance, that'd be great. Let's continue, I'm highlighting the fun part this time:

Now that the Company has determined that certain sales transactions for deliveries to Philidor, leading up to the option agreement, were not executed in the normal course of business and included actions taken by the Company in contemplation of the option agreement, the revenue recorded in 2014, prior to the option agreement, is now being reversed. However, because that revenue was also recorded by Philidor subsequent to consolidation, upon dispensing of products to patients, the elimination of the revenue in 2014, prior to consolidation, does not result in additional revenue being recorded in 2015. However, the profit that was recognized in 2014 will now be recognized in 2015 as a reduction to previously recorded Cost of Goods Sold (“CGS”) for that revenue (adjusting CGS from Philidor’s acquisition cost to Valeant’s actual cost).

At this point, a Peanuts character chimes in with, "Good grief." Also buried in this treasure are the obvious and expected admissions that material weaknesses abound in the company's internal controls and "tone at the top of the organization and the performance-based environment" contributed to this mess. Go check it out the whole thing for yourself. All around, it's a fine read.

The February gloom was broken recently by the news that the British government will be introducing reforms targeting company financial reporting and audit oversight. In truth, none of this should be a surprise. There have been several accounting scandals in recent years where the directors of various companies have been unscrupulous and their external auditors […]

In yesterday’s Accounting News Roundup e-newsletter, you might have noticed an ad for a free webinar on June 23, “Be Ready: Q2 Disclosures in Light of COVID.” (If you do not subscribe to ANR, you can do so here, thx.) Because the COVID-19 pandemic is affecting pretty much everything in life—yes, even public company financial […]