Long-winded personal anecdote incoming but I have to admit something to y’all, which I’m going to do because I trust you and I know you won’t make fun of me for it. And if you do, well, it’ll at least be funny. OK, here goes…

I don’t listen to podcasts.

I know, I know. I’m the last person on the planet to get on board with this podcast thing. I have zero excuses, my lazy ass could easily roll over in bed and tell Alexa to fire up whatever the latest thing is all you kids are raving about. But nah, just not into it. It’s not because I’m old either because my old-ass boyfriend who is significantly older than me figured out Stitcher so that’s no excuse. I dunno, I’d rather put on “Golden Girls” reruns in the background and endlessly scroll Reddit.

Anyway, enough about me until I go off on some tangent again. We’re talking podcasts, and this one should interest at least some of you.

.@AICPA has launched an official #CPAExam podcast, Next Stop: CPA. Through a wide range of interviews and discussions, hosts Mike and Lauren cover topics important to those who are sitting for the Exam or still considering the CPA license. Don't miss out! https://t.co/ve2U17xlTM pic.twitter.com/1lZwzcDggz

BAM. That’s good news, right? Between this and the CPA exam webcast they held a few weeks back, I feel like those gosh-darn Powers That Be are really trying to make sure candidates are informed. I’m sure a few greyhairs think candidates these days are a bunch of whiny millennial pussies who need everything handed to them because back in their day they had to walk uphill in the snow both ways to the testing center with nothing but a stone tablet to chisel on, but me personally I think this is a good thing.

Maybe it’s because that “talent shortage” we’re always hearing so much about is putting the squeeze on the AICPA to widen that CPA pipeline, but more likely it’s just that in this modern world with the entire world’s knowledge literally in our pockets at any given time, there’s absolutely no reason candidates shouldn’t have the information they need right at their fingertips. These aren’t state secrets we’re talking about, it’s just exam information. 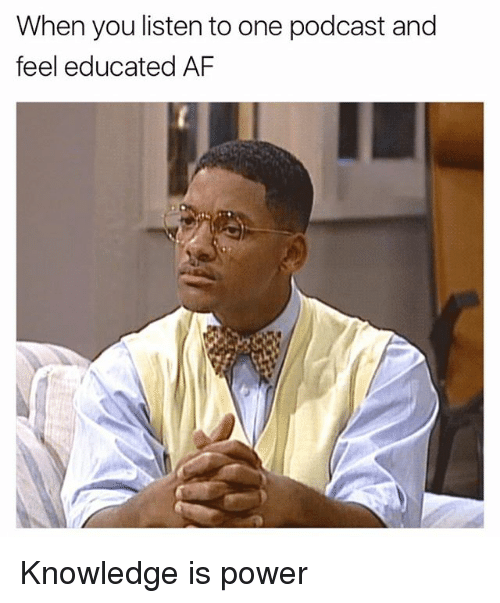 So yeah, check out the podcast here and let us know what you think. So far they’ve posted three episodes but we imagine there will be more to come. Hell, I’ve somehow been able to make a decade-and-then-some-long career out of writing about this shit and still haven’t run out of topics so surely there’s no shortage of things they can talk about.

With the completely redesigned CPA exam only 514 days away, there’s been a lot of discussion around the proposed Blueprints and questions about whether or not this content aligns with CPA Evolution’s stated goal of maintaining the relevance of the CPA credential. That is as yet an open-ended discussion but in the meantime, saw this […]