Back in 2015, Caleb wrote an article based on a LinkedIn post by then-PwC Vice Chairman of Stuff Tim Ryan about an exceptional shoe shine guy he met at LaGuardia Airport. In typical holier-than-thou, white-collar fashion, Ryan kicked himself for not giving the guy his card, as he likely dreamed throughout his flight of offering this poor bastard whose only career opportunity is shining shoes an opportunity to work at blessed PwC.

Although I fly in and out of New York almost every week, I rarely linger. But while I was stuck at the airport during one of this winter’s many snow-induced delays, I opted for a shoe shine and struck up a conversation. While talking about current events, this shoe shiner spoke eloquently about many of the good things that businesses do to help society and that, in many cases, businesses “get a bad rap”. He also spoke, however, about the need for business to continuously focus on building trust, improving society, and the need to address the complications arising from income inequality. He was balanced, fair, charismatic, and masterfully transitioned from small talk to the big picture.

We talked for a good 20 plus minutes and then my flight was called, and I rushed off. As I settled in for the flight, I realized that I hadn’t given the shoe shiner my card and I became angry with myself. This man is a hard worker, extremely thoughtful, and good at engaging with people. He’s the kind of person who would connect well with our people and our clients. I missed an opportunity to probe more about his interests and possibly recruit him to PwC or another organization that could benefit from his skills because I was moving too fast. Although I’ve since returned many times to La Guardia, he hasn’t been there.

We never heard about the matter again, and are just going to go ahead and assume Ryan forgot about the guy by the time he got around to writing his next LinkedIn post about leadership or diversity or whatever it is the PwC PR department decided he should write about.

Well, we have some great news for Mr. Ryan! We’ve got intel on the shoe shine guy. His name is John DiCicco, and it turns out he has a habit of charming travelers far and wide.

Freelance reporter Bob Chiarito met him recently and, like Ryan, was struck with his affable nature and humility. I’m willing to bet Ryan isn’t the first hotshot to think this guy would be right at home at their firm. Here’s the kicker for Ryan and eager CEOs everywhere: I bet DiCicco would tell you to take your “great job opportunity” and shove it up your pretentious pinstriped ass. 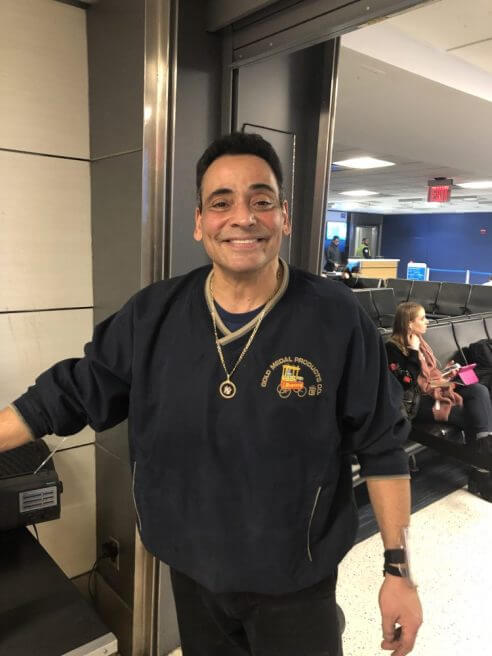 The John DiCicco I met (yes he’s the third) has worked at LaGuardia since 1971. He’s a youthful 63 who still plays softball with guys he grew up with in Flushing, Queens. He now lives with his family in East Meadow on Long Island.

He told me keeping his family’s business going is “the greatest thing I’ve ever done” and at least three times while I was with him he looked out at the people waiting in the crowded terminal and said “This is paradise.”

Oh yeah, there it is. John DiCicco doesn’t want your job, Tim Ryan. He’s perfectly content shining shoes and making friends with weary travelers who can’t help but appreciate the guy. I know it might come as a shock to Ryan but not everyone wants to exchange their soul for autumnal-colored business cards and the “prestige” of working for a Big 4 firm.

“I think the attitudes are a lot nicer now. People are open and a lot easier to talk to about anything. Years ago, nah, not even close. People are a lot friendlier today,” DiCicco told Chiarito. “I’ve met a million nice people here and only 50 morons.”

Something tells us if Tim Ryan had managed to give John his business card and tried to poach him from his family’s shoe shine business, morons would be 51.