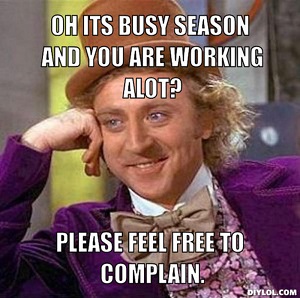 The European Union has been investigating American corporations' tax arrangements with certain countries for some time. Three years, in fact. Last week, probably knowing that something was afoot, the US Treasury Department tried to scare off the EU, saying that they were overstepping their bounds as a taxing authority by snooping around, threatening action, this and that. Well! Those scare tactics definitely did not work:

The European Union’s antitrust regulator demanded that Ireland recoup roughly €13 billion ($14.5 billion) in taxes from Apple Inc. after ruling that a deal with Dublin allowed the company to avoid almost all corporate tax across the entire bloc for more than a decade—a move that could intensify a feud between the EU and the U.S. over the bloc’s tax probes into American companies.

The tax payment is the highest ever demanded under the EU’s longstanding state-aid rules that forbid companies from gaining advantages over its competitors because of government help.

Yes, the Olympics are over, but we'll take the drama of the international tax system any day.

Europe says that Apple paid "around 1% to almost zero tax" on its profits from 2003 to 2014. Both Ireland and Apple said that they plan to appeal the decision. Tim Cook wrote an Apple-righteous letter. The Treasury department is "disappointed." USC Professor Ed Kleinbard says Treasury is excusing tax avoidance. Here's six things you need to know (Irish Edition). It's all very exciting.

It's hard to understand why successful people decide to commit fraud so a new book by Harvard professor Eugene Soltes tries to explain it. Soltes interviewed many infamous figures behind financial crimes including Bernie Madoff, Andrew Fastow, Dennis Kozlowski and others to find out why they did what they did. Madoff called his scam a "comedy of errors"; Fastow says he lacked the "character" to prevent the crimes at Enron; Kozlowski blames his ego.

"It is all part of the biggest theft caused by a U.S. government agency in U.S. history," Robert Allen Stanford, 66, complained to the author. Stanford is serving a 110-year prison sentence after being convicted of charges related to his investment company operating as a Ponzi scheme. "I will win this war," he added. "Make no mistake, Eugene, I am going to win." (A federal appeals court turned him down in October.)

Don't get me wrong, I love a good government conspiracy as much as the next kook, but there is something frighteningly sad about a guy rotting in prison who still believes his own lies. If he keeps this up, he'll go certifiably crazy and become a Batman villain.

Nope! But another poll says that a majority of voters believe it's important for candidates to release their returns. And NYU tax professor Joshua Blank wrote in the Wall Street Journal yesterday:

The same way that wearing a suit to a job interview at a law firm suggests professionalism, a presidential candidate’s choosing to post personal tax returns indicates a willingness to be transparent and forthcoming.

Since the role of president often involves candidly communicating the government’s actions and decisions to the public, many voters see openness as a prerequisite. Consequently, they may not trust or support a candidate who decides to break with tradition and withhold tax returns. They might even speculate that this indicates the candidate isn’t serious about wanting the job.

As a side note — If you are wondering why this has become a recurring section in ANR, I tried to succinctly explain my reasoning yesterday. The good news is Election Day is only two months away and then I'll retire this section. Unless Trump wins, of course.

Coffee is the best, isn't it? I would give up beer before giving up coffee. Right now I don't have to, but sadly some day I might have to. We all might have to:

A new report from Australia’s Climate Institute predicts that by 2050, global warming will make at least half of the land currently used for coffee production unable to produce quality beans. By 2080, it cautions, hot temperatures could make wild coffee plants completely extinct.

I don't think it's much of a stretch to suggest that when the only reason to get up in the morning ceases to exist, we should expect society's collapse in short order.

I wrote about how GAAP is great again (in press releases anyway). And in Open Items, someone's asking about staff socializing with managers.

A deal announced early this month by House Democrats for years of Donald Trump’s financial records allows his former accounting firm (Mazars) to interpret how to satisfy a congressional subpoena that was narrowed down by a federal appeals court in July, according to a settlement filed late Friday. The Denver Post wrote about the accountant […]