Well, looky here. The total value of accounting securities class-action settlements in 2018 reached the second highest total in the past decade, according to a new analysis by Cornerstone Research.

The report found that while the number of accounting case settlements declined to 41 in 2018 from 49 in the previous year, total settlement value increased by more than five times to almost $4.5 billion, compared to $883 million in 2017. The dramatic increase was due to a handful of large settlements.

There were five “mega settlements” of $100 million or more in 2018, according to the report, all involving alleged weaknesses in internal controls, and four involved allegations of GAAP violations. Overall, accounting class actions accounted for 88% of all securities violation settlements, which totaled a whopping $5.1 billion that companies shelled out in 2018. 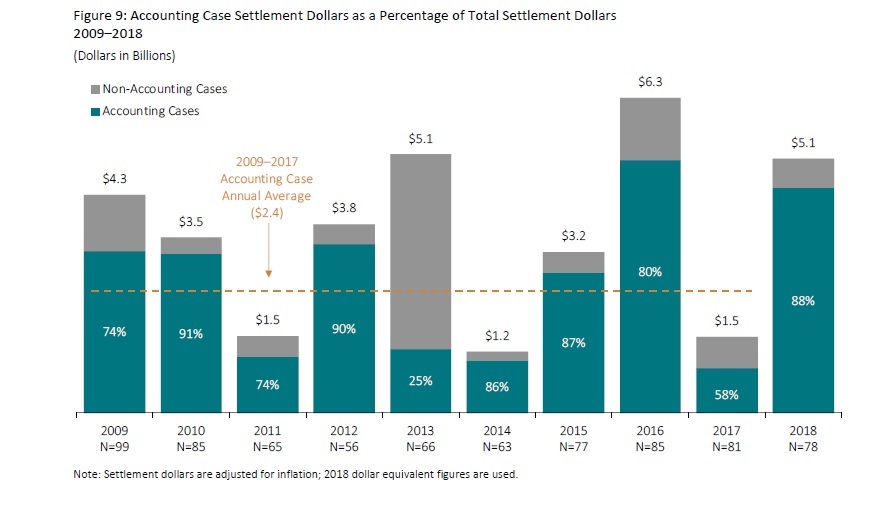 There were 143 accounting case filings during 2018, the second highest on record after 2017’s 165 and 86% higher than the historical average of 77 filings per year over the past 10 years.

The total number of accounting cases in 2018 was driven by the filing of 79 M&A-related accounting cases alleging failure to reconcile a non-GAAP measure to a GAAP measure, according to Cornerstone Research. But total accounting case filings went down by 28% in the second half of 2018 compared to the first half of last year, the report said.

Here’s another chart from the report that summarizes filings and settlements in 2018 compared to 2017: 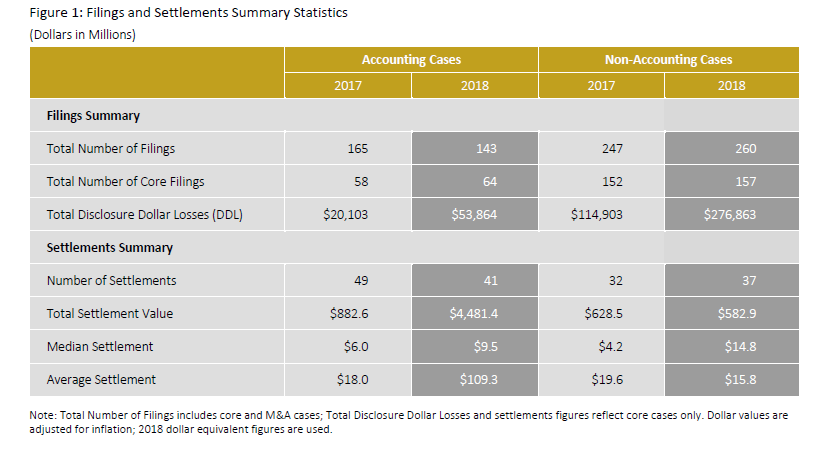 While various factions bicker over the Inflation Reduction Act, we have one question: where is the IRS supposed to find 87,000 agents!? In case you haven’t heard or seen your aunt sharing Impact font memes about it, Senate Democrats want to throw some cash at the IRS (among other things not getting into here): The […]